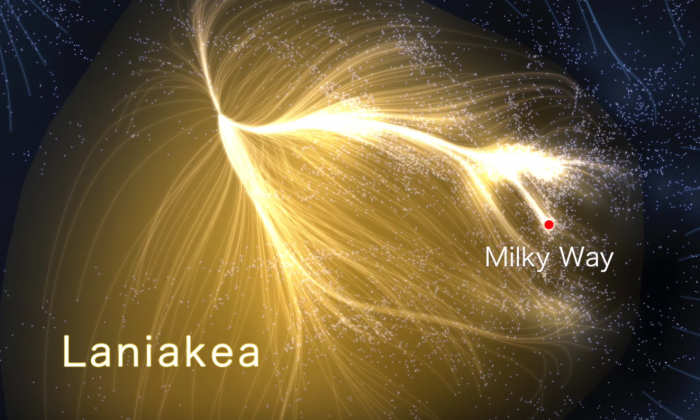 Astronomers Find Biggest Structure in the Universe Yet, Call it ‘BOSS’

Planets and stars form solar systems, which in turn form galaxies like our own Milky Way, but there are even bigger units in the universe. When enough galaxies are clustered together by gravity, they form long, continuous threads known as cosmic walls.

The new cosmic wall that the scientists found is two-thirds bigger than the Sloan Wall, and was dubbed “BOSS” by those found discovered it, short for “Baryon Oscillation Spectroscopic Survey.” The BOSS Great Wall consists of over 830 galaxies and is roughly 4.5 billion light years away at its closest point.

“It was so much bigger than anything else in this volume,” Heidi Lietzen of the Canary Islands Institute of Astrophysics told the New Scientist. Lietzen and her team were the ones who discovered the BOSS wall.

The data was collected at the Apache Point Observatory in the scrublands of New Mexico.

Not everyone is convinced that the BOSS Great Wall constitutes a single supercluster and therefore deserves the title of the “largest supercluster system in the universe.”

“I don’t entirely understand why they are connecting all of these features together to call them a single structure,” Allison Coil of the University of California in San Diego told the New Scientist. “There are clearly kinks and bends in this structure that don’t exist, for example, in the Sloan Great Wall.”

Definitions over what is a single supercluster can be subjective, and the galaxies within the BOSS Great Wall are so far away that it’s impossible to confirm if they’re moving together.