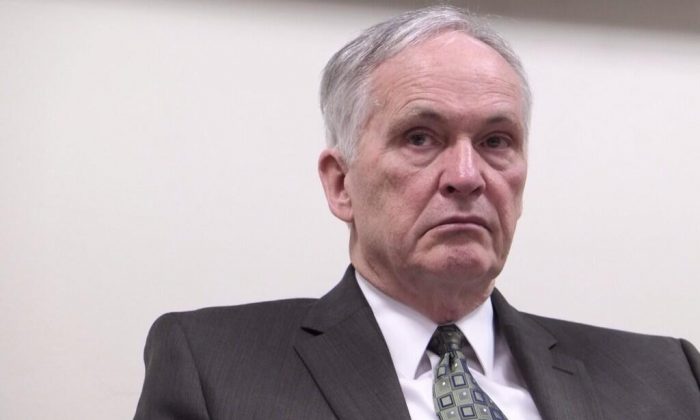 NEW YORK—Attacks on medical staff at city jails have grown from single digits several years ago to 32 last year, according to testimony on Thursday from the city’s health and correction commissioners. And the assaults are on track to increase again in 2014, with 25 recorded to date.

The latest numbers are another item on a list of alarming statistics from the Department of Correction (DOC) which have drawn the scrutiny of the City Council. At a budget hearing earlier this month, even Joseph Ponte, the newly appointed DOC commissioner, said that his agency is “deeply troubled.”

Over the past four years, the use of force at the city’s correctional facilities rose 59 percent to 2,977 total incidents. Slashing and stabbing incidents doubled to 68 in 2013. Assaults on prison staff increased 30 percent to a total of 646.

One third of the of the assaults on medical staff involved physical violence, while most of the rest are “splashing incidents,” which usually involve water or urine splashed on medical staff.

Medical staff are particularly vulnerable to attacks because they are often left alone with uncuffed inmates and there are no panic buttons in case of an attack, according to Mary Bassett, the commissioner of the Department of Health and Mental Hygiene.

Corrections officials are grappling with a complex set of tasks. Chief among them is a rise of mental illness among the inmates. In 2007, 24 percent of the inmates were mentally ill; in 2014 that number grew to 40 percent. Mentally ill inmates spend more time in jail on average than inmates with no mental illness.

Overtime
Crowley was particularly concerned with the staffing levels at the DOC. During her four years of overseeing the department as chair of the Committee on Fire and Criminal Justice Services, the number of prison staff has declined while violence escalated.

Meanwhile, the cost of overtime pay ballooned $97 to $155 million. Some officers worked up to 72 hours of overtime a month.

Commissioner Ponte took office when the department’s budget had been nearly finalized. He said at the hearing Thursday that it would be irresponsible for him to modify the budget before becoming better acquainted with the workings of the department.

A mentally ill former Marine died in February inside a 101-degree cell. A city official speaking on the condition of anonymity told the AP then that Jerome Murdough “basically baked to death.” His family, who said the veteran suffered from bipolar disorder and schizophrenia, plans to file a $25 million wrongful death lawsuit.

Meanwhile, the September 2013 death of 39-year-old inmate Bradley Ballard was recently ruled a homicide. Ballard’s family said he was diagnosed with schizophrenia and that he died after sexually mutilating himself while locked up alone for seven days.

Prosecutors are investigating both deaths.

Mayor Bill de Blasio last week announced the formation of a task force charged with rethinking how the correction system treats the mentally ill—both in and out of jail.