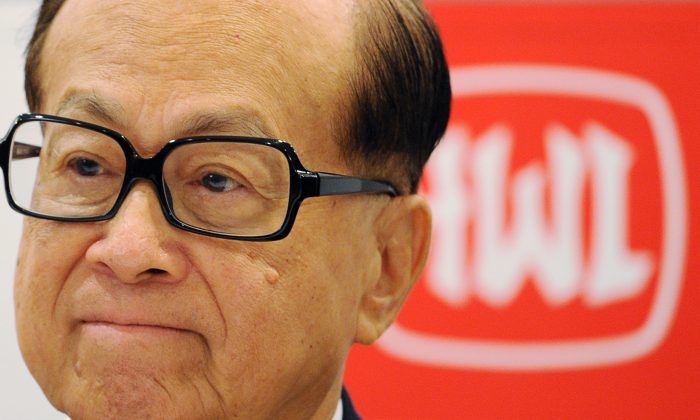 HONG KONG—Hong Kong billionaire Li Ka-shing has defended his business strategy against accusations from China’s state media that he is abandoning investments in the world’s No. 2 economy because of its slowing growth.

In an unusual move, Li released a statement responding to a barrage of criticism in recent weeks about him selling off China assets as he restructured his global business empire to focus more on Europe and less on China.

Commentaries in state media chastised Li this month for being immoral and ungrateful, accusing him of running out on China as its economy slows despite profiting handsomely in better times.

Li has undertaken a major reorganization this year of his sprawling business interests that range from ports to mobile phones. The shakeup included shifting the domiciles of his two main companies from Hong Kong to the Cayman Islands, triggering speculation that he was planning to withdraw from China.

“We are vigilant not to let these unfounded allegations escalate to cause investors’ concerns,” said the statement released Tuesday by his company CK Hutchison Holdings. It said there was “no truth in the withdrawal accusations.”

The statement said Li was “confident” that Chinese President Xi Jinping will continue to improve governance and reform China’s economy.

The former British colony’s tycoons have long embraced China’s communist leaders in order to ensure survival of their business interests on the mainland. Li was part of a business contingent that met Xi in Beijing last year to show their support as tensions rose over pro-democracy protests in Hong Kong.

The 87-year-old Li has long been Asia’s richest person, although he recently fell to second place with a fortune of $24.3 billion, according to Forbes.

Earlier this month, a think tank affiliated with the official Xinhua news agency and the People’s Daily newspaper, the communist party’s mouthpiece, both lambasted Li over his business decisions in China.

Li said his company has been taking a “prudent” approach to mainland China property investment over the past two years because of an “imbalance” between supply and demand.

“Reducing property investments does not imply we are not investing in the mainland,” the statement said. It said the company’s retail network in China has risen 77 percent to 2,300 stores in the same period.