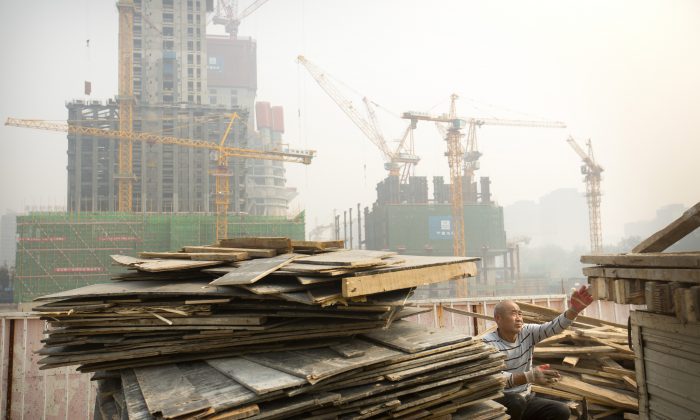 A worker tosses boards onto the back of a truck at a construction site in Beijing on Oct. 6, 2015. (AP Photo/Mark Schiefelbein)
Business & Economy

BEIJING—Lower commodity prices and sluggish demands dragged down China’s October trade figures, although the volume of imported oil and other raw materials rose as the world’s second-largest economy stocked up on a few bargains, customs data released Sunday showed.

The contractions in October show China’s economic slowdown has yet to bottom out and that exports were hurt by slack global demand.

“With imports still down on a year ago in real terms, this trade data does not suggest a material pickup in domestic demand momentum in October,” Louis Kuijs of Oxford Economics said in a report.

This Is How China Hides Its Capital Outflows

Chinese purchases of foreign goods improved from September’s 20.4 percent decline. Purchases of raw materials such as crude oil and soybeans went up in quantities, but China paid far less for the goods than a year ago because of lower prices. Prices are depressed because of weaker global demand, especially from China.

Data also showed China cut back on purchases of iron ore, coal, steel, copper and aluminum, in a sign of a sluggish economy.

The government has cut interest rates repeatedly since last year and pumped money into the economy through spending on public works construction.