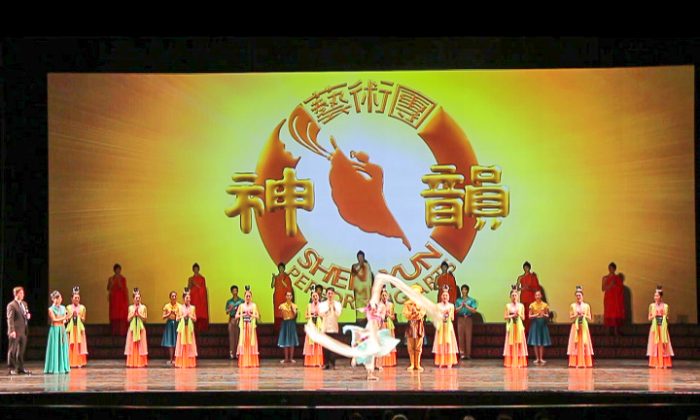 LAKELAND, Fla.—Esther Lomax couldn’t stop raving about Shen Yun Performing Arts after viewing a performance on Jan. 6 at the Lakeland Center. She had waited an entire year and a half to see the performance, captivated after seeing a single commercial on TV.

From the moment the curtains first opened, Ms. Lomax, a painter and sculptor, was enraptured. “I knew right then and there that I really had a great show I was going to see. It was very emotional,” she said.

Ms. Lomax is an aficionado of Eastern philosophy and Chinese martial arts. Seeing it come alive on stage through dance and music was an unforgettable experience.

“I’ve never seen anything like it,” she said. “I’ll be a real old lady and I’ll never forget tonight. Beautiful, sensational,” she continued.

The New York-based Shen Yun Performing Arts seeks to present on stage the 5,000 years of Chinese culture, which the ancient Chinese believed was imparted to humanity by the gods. Shen Yun artists perform a traditional Chinese art form called classical Chinese dance, which was developed alongside Chinese martial arts for thousands of years.

Ms. Lomax, who has studied kung fu and Shaolin, was excited to see those influences in the dance performances. “Just stupendous,” she said. In Chinese culture, dance and martial arts are closely related, and the characters for the two systems are actually homophones in the Chinese language.

In particular, she was amazed at how the digital backdrop, costumes, and coordination of it all complemented the dancers’ choreography to a tee. The entire effect transported her to another world. “I’d left everything behind when I was sitting in there,” she said.

She expressed gratitude for Shen Yun visiting her part of town, and can’t wait to tell all her friends about Shen Yun. “I will come back again and my friends that couldn’t come tonight, they’ll be back for the next show next year,” she said.