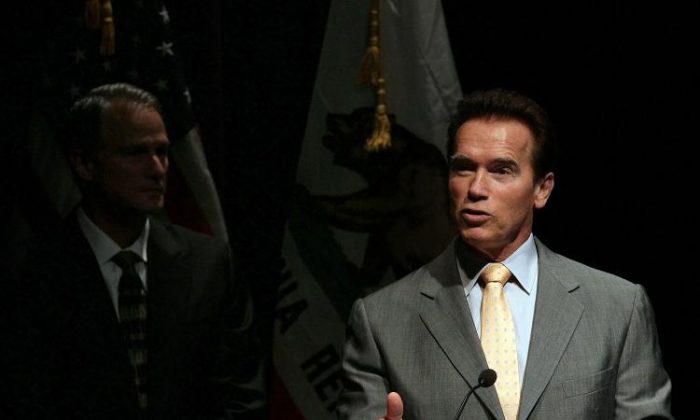 Schwarzenegger went under the knife to replace his aortic valve in 1997. “I’ve never felt sick or had any symptoms at all, but I knew I’d have to take care of this condition sooner or later,” he said in a statement, reported the Los Angeles Times at the time. “I said to the doctors, ‘Let’s do it now, while I’m young and healthy.’ They agreed this was the way to go.”

“He said, ‘Your wife is pregnant, what do you mean you are not going to tell her?'” he said, E! News reported. “I told him, ‘Here is the plan, I am going to have the heart surgery, you do it quietly, no one knows about it, we do it at six in the morning. Four days later I am out of here and I go to Mexico and I will tell Maria I am down here, a little busy and I am on vacation, when I come back I’ll be tanned and no one will know.'”

We learned Arnold Schwarzenegger had just gone emergency open heart surgery! But our close sources tell us that Arnold is recovering and is doing great. Calling all fans, please give @Schwarzenegger many reps of love! pic.twitter.com/r4Ar8XF6te

TMZ reported that his condition is currently stable.

Other details about the procedure were not revealed.