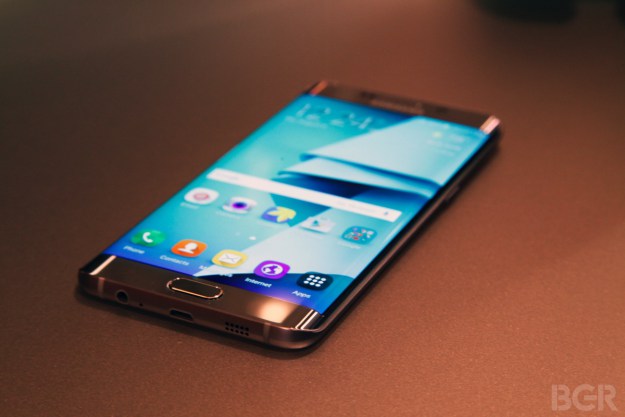 Are These the Galaxy S7s We’re Looking For?

The Internet is buzzing with Galaxy S7 rumors ahead of Samsung’s imminent announcement. We’ve seen plenty of benchmark leaks that suggest the upcoming Galaxy S7 series will sport impressive hardware, and there are rumors detailing some of the phones’ brand new features, including functionality that’ll mimic the iPhone 6s new features.

On top of that, a new leak seems to provide believable display information about the Galaxy S7 edge, which will be this year’s curved flagship handset from Samsung, as well as new details surrounding the regular “flat” Galaxy S7.

MUST SEE: 25 hidden iPhone features that are really, truly hidden

According to import site Zauba, which provided similar details about unreleased devices in the past, a “sample Samsung mobile” phone with model number SM-G935R4.S-5.5 arrived in India from South Korea on January 20th, right alongside a device that has model number SM-930R4-5.1.

Previous rumors have claimed that, indeed, the Galaxy S7 models this year will have 5.1-inch and 5.5-inch screens. Other characteristics, as revealed in many recent leaks, include Qualcomm Snapdragon 820 and Exynos 8890 processors, 4GB of RAM, 32/64GB of storage, microSD support, a 12-megapixel rear camera, a 5-megapixel front camera and Android 6.0 Marshmallow under the hood.