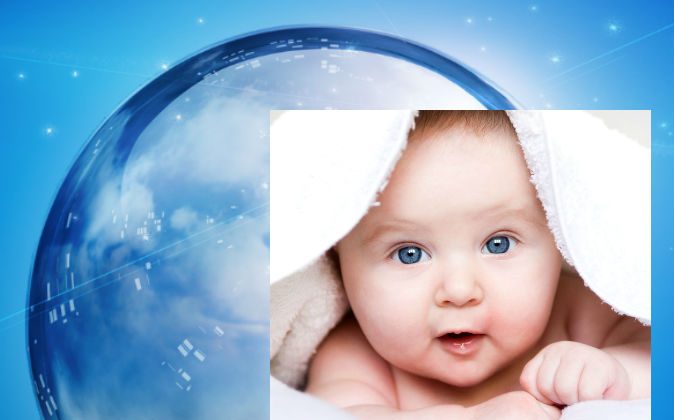 Are Babies, Children More Likely to Be Psychic Than Adults?

If psychic abilities exist, could it be that children are more able to tap into them than adults?

“Perhaps children are more open-minded about such experiences and do not yet accept as impossible what our society deems to be so, not accepting skepticism,” wrote child psychologist Athena A. Drewes, Psy.D., and Sally Feather, Ph.D., in an article for the Rhine Research Center.

Here’s a look at her findings, along with a few other studies on purported psychic abilities in children.

Dr. Drewes found that, as with studies on adults, the personalities of children made a difference in results. Extroverted children were more likely to show evidence of psychic abilities as were children who believe in such abilities versus those who don’t.

The 216 letters contained accounts of 157 specific spontaneous psi experiences. Of the 157 cases, 77 percent were precognitive, involving dreams or intuitions about future events that turned out to be accurate. Telepathy accounted for 10 percent of the cases, and clairvoyance 14 percent. Similar ratios have been observed among adults with professed psychic abilities. More were females than males, and more than half intuited events that would be considered trivial by adult standards—events related to topics such as clothes, grades, and, interestingly, many related to family pets. Adults, on the other hand, tend to intuit more serious events, such as natural disasters, accidents, et cetera.

“Studies have shown significant telepathic experiences between infants and mothers,” Dr. Drewes wrote. She also noted accounts of telepathy and clairvoyance between teachers and students, yet her overarching impression was that, “It does not appear that age or developmental level is a critical factor in enhancing or limiting psychic abilities or experiences.”

Dr. Shari A. Cohn-Simmen surveyed 208 families in the Highlands and Western Isles of Scotland, where psychic abilities are believed to be especially common. She found 10 percent of the people who reported such abilities were twins, though twins only make up 3 percent of the population.

She also found, through studying the family histories, that second sight often runs in the family. This could be a result of both nature and nurture, noted author Sylvia Hart Wright in a paper titled “Childhood Influences That Heighten Psychic Powers,” published in The Journal of Spirituality and Paranormal Studies.

While genetics may play a part, she wrote: “Negative attitudes toward psi—often related to rigidly materialistic values—may lead highly intuitive youngsters to repress their psychic powers. By contrast, being taught that receiving information via paranormal means is possible and accepted liberates children to do so themselves.”

She cited cases reported to sociologist Charles Emmoris. For example, a third-generation spirit medium told him that “when she told her mother there was a man standing in the corner, her mother asked, ‘What’s his name?'”

Wright continued: “Another medium reported that her grandmother used to play psychic games with her. For instance, she would hide a key and say, ‘Become the key, then see where you are.'”

The development of a child’s brain involves strengthening some neural pathways while allowing others to fall to the wayside. A baby’s brain is open to more possibilities, to more potential capabilities that nurturing could help develop, said Wright.

In Wright’s research, she also found that children who suffered trauma were more likely to display psychic abilities. These individuals are usually, nonetheless, “well-adjusted, enthusiastic extroverts of at least average intelligence,” when they grow up.

Wright cited Kenneth Ring, professor emeritus of psychology at the University of Connecticut, who wrote that a child undergoing trauma: “Will be strongly motivated selectively to ‘tune out’ those aspects of his physical and social world … by dissociating. By doing so … he is more likely to ‘tune into’ other realities.”

Biochemist Dr. Rupert Sheldrake has researched the seemingly psychic connection between babies and their mothers. He said in an article for the Daily Mail that hundreds of mothers told him they knew when their babies needed them, even from miles away. The mothers all reported that they would begin secreting breast milk at the exact moment their babies would become distressed.

“With the help of a midwife, I studied nine nursing mothers in North London during a two-month period, and found that their unexpected ‘let-downs’ of milk when they were separated from their babies very often coincided with their infants experiencing distress,” he wrote. “The odds against this occurring by chance as often as it did were a billion to one.”

*Images of a baby and a crystal ball via Shutterstock