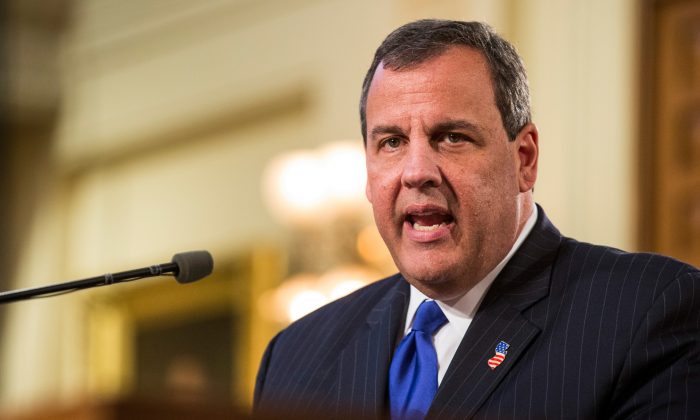 Are All Vaccines ‘Created Equal?’

Republican candidates Chris Christie, the governor of New Jersey, and Kentucky Sen. Rand Paul forayed into the debate over whether parents should vaccinate their children.

Christie said Monday parents should have the choice to vaccinate their children, a position that he’s taken in the past. He drew criticism for his remark that “not every vaccine is created equal, and not every disease type is as great a public health threat as others,” and was forced to issue another statement to clarify, saying “with a disease like measles there is no question kids should be vaccinated,” but left it open to suggestion that most other vaccines should be up to the parents.

“I think his comment has been slightly overblown. He does not appear to be anti-vaccine. I think he wants parents to get involved in the discussions with health care providers and become educated. Because an educated parent and individual will look at the data. And the data strongly supports vaccinating,” Howard S. Gold, an attorney focuses exclusively on vaccine injury law before the U.S. Court of Federal Claims, told Epoch Times.

Gold noted Christie’s original comments about how not all vaccines are created equal has some merit.

I think his comment has been slightly overblown.
— Howard S. Gold

“But there was legitimacy to his comment that now all vaccines are created equal. Certainly the MMR [measles, mumps, and mubella] vaccine should be required,” he said, adding, “we are now seeing the horrible results of those who chose not to vaccinate their kids out of fear. Fear that was ignorantly spread by entertainers posing as scientists.. Where no science existed supporting a link between autism and the MMR vaccine.”

As of Jan. 30, there have been at least 102 cases of measles reported, with the majority being related to an outbreak at Disneyland in California.

Nearly All Kids Got Measles in the 1950s

Sen. Paul on Monday agreed with Christie’s original comment, saying most vaccines shouldn’t be mandatory. “I have heard of many tragic cases of walking, talking, normal children who wound up with profound mental disorders after vaccines,” Paul, who is an eye doctor, said in a subsequent interview while suggesting vaccines were “a good thing.” ”But I think the parents should have some input. The state doesn’t own your children.”

Meanwhile, Hillary Clinton, the top Democratic contender for the party nomination in 2016, made her own statement on vaccines. She took to Twitter to express her views: “The science is clear: The earth is round, the sky is blue, and #vaccineswork. Let’s protect all our kids. #GrandmothersKnowBest.”

Now, the focus will likely shift on whether children should get the chickenpox or flu vaccines, Gold says. “Should the government force everyone to get the Chickenpox vaccine or the flu vaccine? Debate is healthy, information is healthy,” he said.

“But not getting vaccinated in the meantime…is not healthy,” Gold said, and added: “Vaccine injuries occur, but in very small numbers. The far greater risk is not vaccinating ourselves and our children.”