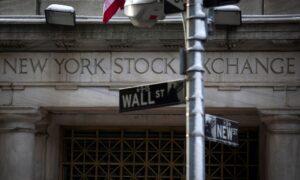 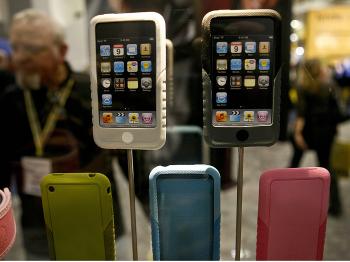 Ram Srinivasan
View profile
Follow
biggersmaller
Print
NEW YORK—Apple Computer and Amazon posted first-quarter profits today, with both their results trumping Wall Street estimates. The strong showing of the two companies, as well as profits announced by other technology companies, sending the Dow Jones index shooting upwards by 70 points by the end of the day.

Apple’s results were surprising, and analysts had been bearish about how its upscale products that were marketed as “cool” would perform poorly in a tough economy.

Its fiscal results for the second quarter included revenue of $8.16 billion, up 8.65% from revenues of $7.51 for the same quarter a year before.

Apple’s surprising earnings appear to have been driven mostly by sales of its iPod and iPhone products. Over 11 million iPods and close to 4 million iPhones were sold in the quarter.

The number of iPhones sold represents almost a 125 percent increase from the year prior. AT&T, Apple’s exclusive distribution partner in the United States, has expressed interest in continuing its exclusive license for the iPhone.

Sales of iPod units were up only 3 percent compared to the year prior, while the sale of its flagship Mac computers were down 3 percent to 2.22 million units.

Analysts had expected the sales of the Mac computers to drop due to the economy and its higher price point compared to Windows-based PCs.

Its revenue jumped to $4.89 billion, posting an increase of 18 percent. Wall Street analysts had been expecting the company to earn 140 million dollars less than announced.

International sales jumped by 15 percent, but Amazon said that a strong U.S. dollar had diluted the increase in sales.

The online retail giant, which started out selling books and has now ventured into a dazzling array of products, has made strides in expanding its offerings. In November 2007, it introduced Kindle, its own platform for e-books, which has been a huge hit.