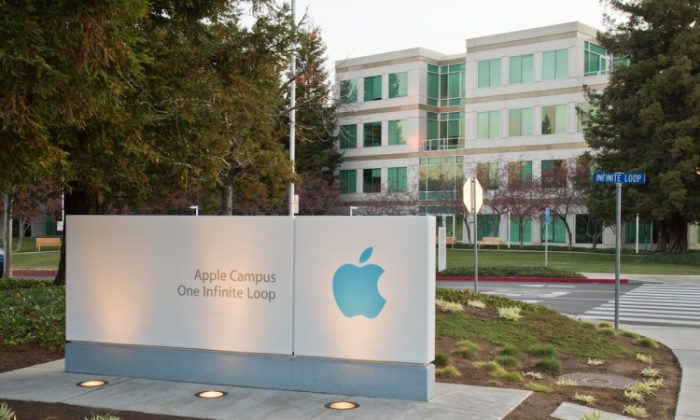 Apple commemorates 25 billion app store downloads in this screenshot from Apple.com on the morning of Sunday, March 4. (The Epoch Times)
News

Apple’s announcement last week of a press event on March 7 has generated significant buzz in the blogosphere about the imminent launch of the third version of its blockbuster tablet platform—the iPad 3.

The announcement couldn’t be coming at a better time for the company, as its popular App Store for iPhone and iPad devices just clocked 25 billion in downloads. That’s more than 3.5 apps for every person on earth. In contrast, Google’s Android market hit 10 billion downloads in December 2011.

And to add icing to the cake—or the Apple, in this case—Apple’s last quarterly earnings and the frenzy behind its reported iPad 3 launch has helped skyrocket the price of its stock, which has propelled the company’s value north of $500 billion in market capitalization. Or put another way, half a trillion dollars.

While Apple has, in its usual style, kept silent about the iPad 3 rumors, the media industry has started to piece together information—and rumors—from Apple’s previously secret supply chain and other people with inside knowledge.

Taiwan’s Digitimes reports that Apple will launch iPad 3 versions in 16GB and 32GB models, but also a new iPad 2 model with 8 GB of memory. Some industry analysts have predicted that Apple would either come out with a lower-priced version of the iPad, or a smaller 7 or 8-inch version to compete with the Kindle Fire, which has captured 14 percent of the tablet market in less than a quarter after its launch. Apple still dominates the tablet market with about 59 percent of overall sales.

Other rumors around iPad 3 concern its possible support for a high-resolution Retina display, a quad-core processor, an update to its iOS (5.1), and maybe even 4G connectivity. 4G/LTE connectivity—which can be 5 to 10 times faster than 3G—is something that current iPhones and iPads sorely lack.

The March 7 event in San Francisco is expected to confirm which of these rumors are actually true.

The Cupertino-based hardware and devices giant reported $46 billion in revenue and $13 billion in profits for just the last quarter of 2011. Its profits alone were almost as much as the entire combined quarterly revenue for Google and Motorola put together, and its revenue was 2.5 times that of former arch-rival Microsoft for the quarter.