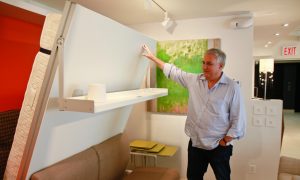 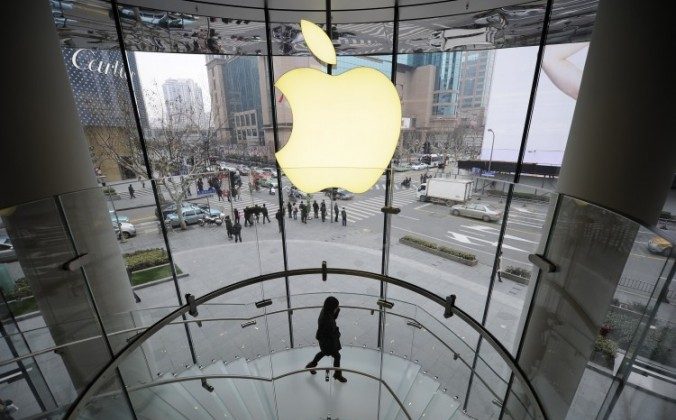 A customer walks under an Apple logo at an Apple store in Shanghai on Feb. 22, 2012. A supplier for Apple with factories in Shanghai has been found to be in violation of labor, environmental, and safety laws and regulations says a report by China Labour Watch. (PETER PARKS/AFP/Getty Images)
China

Apple’s contractor engaged in discriminatory hiring practices, overworked and underpaid employees, dumped untreated toxic waste into drains and disregarded safety standards, and committed a “great number” of other violations of international and domestic laws, as well as of Apple’s social responsibility code of conduct, according to the Hong Kong-based watchdog group China Labor Watch (CLW).

Conditions are reported to be so bad that most new hires will refuse to work at the factories for very long; CLW cites 30 resignations out of 110 new recruits in two weeks at one of the factories.

Although highlights from Apple’s 2013 Supplier Responsibility Report say that last year Apple conducted 393 audits at all levels of its supply chain with excellent results, CLW’s undercover investigations at three Pegatron plants in Shanghai and Suzhou revealed at least 36 legal violations and 50 ethical violations.

Since 2007, Apple has conducted 15 audits at Pegatron facilities alone, Carolyn Wu, Beijing-based spokeswoman for Apple, told Bloomberg. Apple’s troubles demonstrate the pitfalls in accurately and thoroughly monitoring the performance of suppliers when depending on audits, rather than placing full-time monitors and compliance staff in their facilities.

Among CLW’s findings were hiring practices that discriminated against pregnant women, those older than 35, people with tattoos, or people of the Hui, Tibetan, or Uighur ethnic groups.

Although Apple claims its suppliers had achieved 99 percent compliance with Apple’s 60-hour workweek rule, this is a direct violation of China’s 49-hour workweek limit. At the factories investigated, the average weekly working hours were about 67 hours on average, reported CLW.

Apple spokeswoman Wu told Bloomberg that a June audit of Pegatron employees making Apple products showed 46 hours per week on average. Neither source broke down the working hours into regular and overtime hours.

Employees were forced to under report overtime hours at the Pegatron Shanghai factory, said CLW. Wages at that factory are less than half the average wage in Shanghai, and employees are forced to depend on overtime hours to subsist, said the report.

Bloomberg reports that Apple will investigate the allegations, and was critical of the report, saying that some charges, such as inadequate showerheads in the shower rooms were trivial.  However, CLW’s investigators found such serious deficiencies at the factories as insufficient fire escape routes and inadequate fire prevention training, as well as inadequate hazardous materials training and protection. Additionally, two of the factories lacked first aid kits in their production facilities and provided inadequate safety training.

CLW found that at two of Pegatron’s factories, employees dumped wastewater directly into the sewage system, polluting the local water source, although Pegatron says that they have received ISO 14001 environment management system certification and “abide by all environmental protection, labor, safety and health laws.”