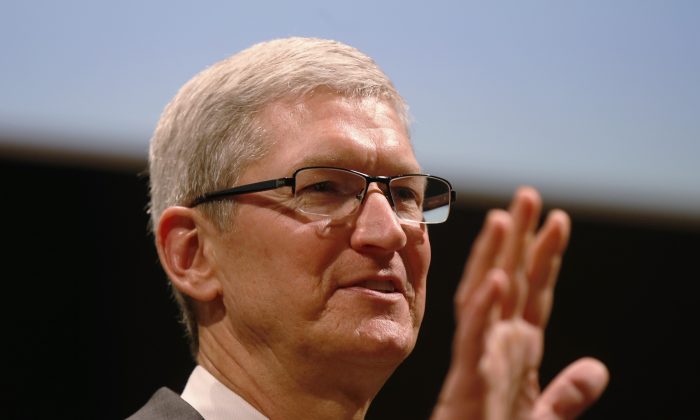 During a lengthy interview about Apple’s ongoing fight with the FBI, Time magazine asked why Cook believes Trump called for the boycott.

I haven’t talked to him so I don’t know what he thinks.

“I haven’t talked to him so I don’t know what he thinks,” Cook said.

“The way I look at it is, Apple is this great American company that could have only happened here. And we see it as our responsibility to stand up on something like this and speak up for all these people that are thinking what we’re thinking but don’t have the voice.”

Trump, the frontrunner for the Republican nomination for president and a known iPhone user, called for a boycott last month after Cook refused to help law enforcement officials hack into an iPhone that belonged to the gunman behind the mass shooting in San Bernardino, California.

“What I think you ought to do is boycott Apple until such time as they give that security number,” Trump said at an event. “How do you like that? I just thought of that. Boycott Apple.”

“I use both iPhone & Samsung. If Apple doesn’t give info to authorities on the terrorists I’ll only be using Samsung until they give info,” he added later on Twitter. “Boycott all Apple products until such time as Apple gives cellphone info to authorities regarding radical Islamic terrorist couple from Cal.”