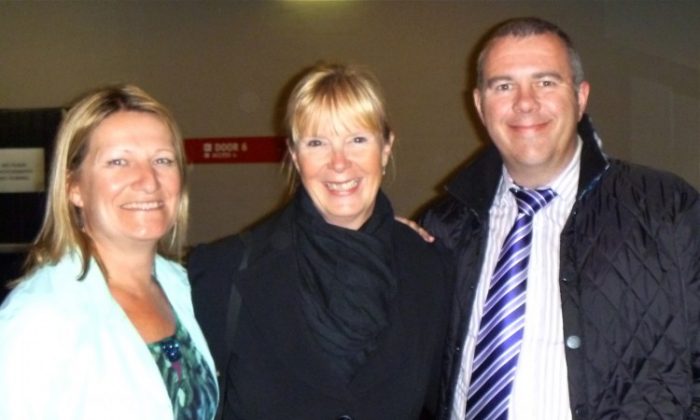 CANBERRA, Australia—David Richardson, associate director at the Australian National University, went along to see the opening night performance of Shen Yun Performing Arts playing at the Canberra Theatre on April 17.

Not really knowing what to expect, Mr. Richardson called it “absolutely brilliant.”

“[It was] much better than I anticipated it to be, as it was the young ladies that wanted to come along.” Being a man, he said he wasn’t quite sure whether it would be his thing, but said, “It’s absolutely fantastic, I’m really enjoying it.”

When trying to recall what stood out for him, he said with a laugh: “[I’m] still processing it all. The whole thing, it kept moving so quickly and there are so many different things going on … It’s just very, very good. I thoroughly, thoroughly enjoyed it.”

He said he enjoyed the dance as well as the music played by the Shen Yun Orchestra that combines traditional Chinese and classical Western instruments to produce a unique, harmonious sound.

Mr. Richardson also enjoyed the display of China’s rich, authentic 5,000-year-old culture and the performance by erhu virtuoso Xiaochun Qi who played “A Song for the Heart.”

The erhu is a two-stringed Chinese instrument known for its melancholic and hauntingly beautiful sound that stirs the soul as few instruments can.

Mr. Richardson said: “The lady who was playing the instrument up on stage … There was something about that. It really just sort of grabbed you and made you listen to it.

“It really moves you at the end of the day. It’s emotional. You are sort of watching everything and then that just sort of made you stop and think. That’s really good.”