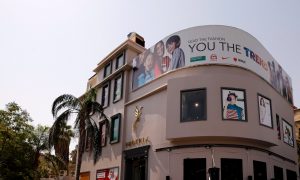 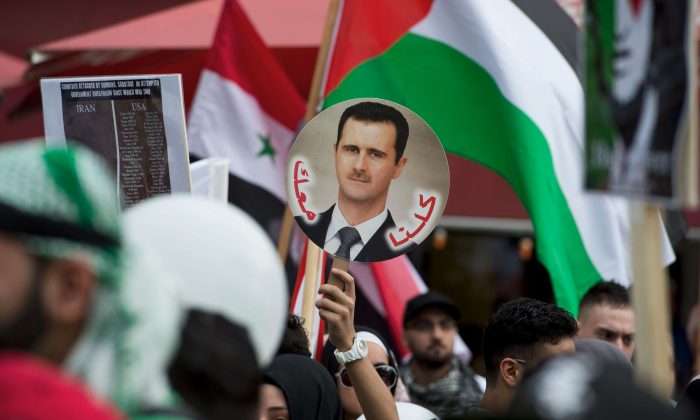 A demonstrator displays a placard featuring a portrait of Syrian President Bashar al-Assad during a rally in Berlin on Aug. 3, 2013. (John Macdougall/AFP/Getty Images)
Europe

A Syrian activist who has been critical of President Bashar al-Assad has been brutally killed in Hamburg, Germany.

Mohamed Joune, 48, was discovered lying on a busy street covered in blood on the evening of Jan. 16. He had multiple injuries to his head and body, and one of his fingers had been cut off.

German tabloid Bild reported that the extent of the man’s injuries suggested an ax had been used. A trail of blood was found down the stairs of a building near where he was found, suggesting he had tried to escape from the blows.

Witnesses saw Joune stumble out of the building before collapsing, bleeding extensively from the wound in his head.

Joune led the Union of Syrians Abroad, a non-profit organization that helps victims of the war in Syria and other Syrian refugees. He was a pharmacist who owned several properties in Harburg, a district in southern Hamburg.

The house where he was killed had several homeless people living in it, according to The Times of London. One theory is that Joune could have been attacked over a dispute in the house.

However, one friend of Joune told Bild that he was killed because he opposed the Assad regime. That afternoon, the friend said, he had met Joune to talk about the possibility of holding a demonstration to mark the eighth anniversary of the start of the Syrian revolution.

“It is most likely that [Joune] was killed because of his political activities,” the man told Bild.

He added that Joune had recently been forced to evict one of his Syrian tenants.

“The reason was that he had discovered from a video that the tenant’s father was a member of Assad’s army,” the unidentified man said.

Joune was said to be married and had two young daughters. The Times of London reported that neighbors and former employees described him as a kind and generous man.

The website of Joune’s non-profit says its goal is “to alleviate the suffering of the Syrian people, especially women and children, both in Syria and in neighboring countries.”

Hamburg politician Kazim Abaci, who knew Joune, told The Guardian, “He was not just engaged in humanitarian aid for Syria, but also supported the integration of refugees in Harburg.”