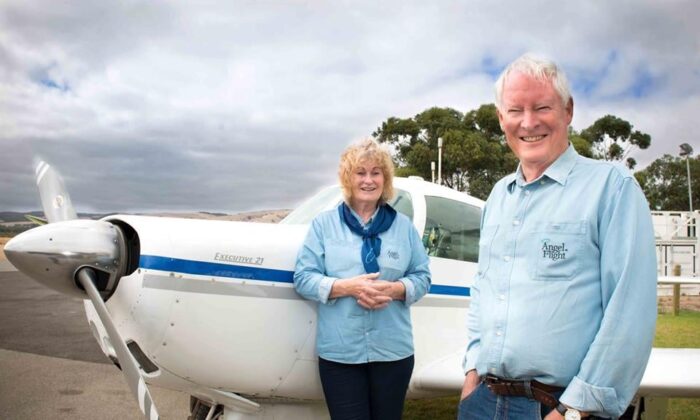 A charity has stepped in to help reunite a three-year-old boy with his mum and dad after they were separated when the Queensland government shut its border to New South Wales (NSW) amid the CCP virus Delta variant outbreak.

The toddler has been separated from his mum and dad for eight weeks, stuck on a cattle station with his grandparents in the remote town of Griffith, NSW.

The family say they implored the Queensland government to let young Memphis Francis cross the state border to return to his parent’s care, but were rejected several times.

Instead, they say Queensland Health insisted the family fly to Brisbane via Sydney, the epicentre of the current COVID-19 Delta variant outbreak, where they would then enter hotel quarantine for two weeks.

This wasn’t an option for the family, however, due to health concerns related to the boy’s grandparents and not wanting them to unnecessarily put themselves at risk by travelling to a COVID-19 hotspot.

Enter Angel Flight Australia, a charity that offers free compassionate flights to those living in remote areas too far from medical facilities.

Angel Flight CEO, Marjorie Pagani, told The Epoch Times the charity was happy to help Memphis with a free flight from his grandparent’s home in Griffith, to his parents north of the border in Queensland.

“We got involved in helping Memphis after a number of Queensland community members called to ask if we could assist,” Pagani said via email Friday.

“Whilst this type of flight is a little different from our usual missions, we are glad we are able to provide this opportunity for Memphis and his family.

“Due to our fantastic volunteers, we have the capacity to assist with these types of compassionate missions which provides an important free service to the Australian community,” she said.

“Eight weeks has felt like eight years, so it is definitely going to be very emotional,” Facer said.

“I’m definitely going to ugly cry and just not let him go,” she added.

Meanwhile, a teary grandma Alex was thankful for the community’s support and for Angel Flight, saying that she and her husband would donate $1,000 to the organisation.

“I can’t express how thankful we are as a family,” she said.

After extensive media coverage on the issue, Queensland on Thursday granted the exemption for Memphis to cross the border and return to his parents

The state’s Chief Health Officer Jeannette Young had said she was not aware of the issue previously but confirmed the exemption was granted.

Friday’s flight will be the third compassionate mission Angel Flight has operated during the COVID-19 pandemic, having previously helped returned traveller Anna Coffey visit her dying father in Melbourne after she was denied a border pass, as well as returned traveller Daniel Cioffi with a flight from Brisbane to Adelaide to see his dying mother.