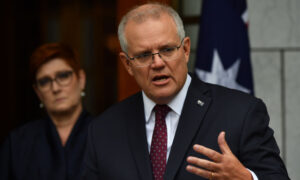 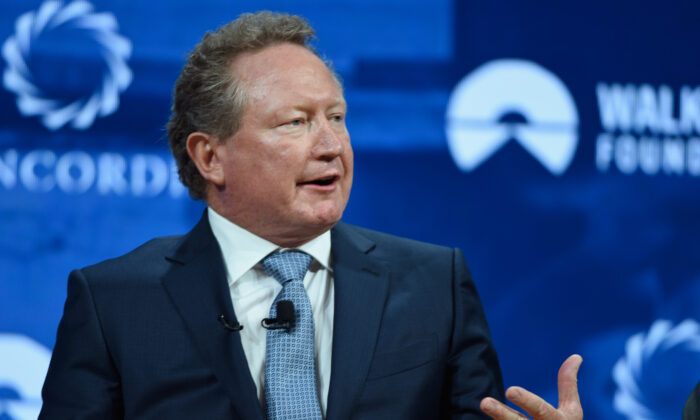 Australian iron ore mining billionaire Andrew Forrest has announced that his Fortescue Metals Group (FMG) plans to get into the green energy business and aims to become completely carbon neutral by 2030—ten years earlier than its original target.

To achieve this, FMG will develop a range of green electricity, green hydrogen, and green ammonia projects in Australia via its wholly-owned subsidiary, Fortescue Future Industries (FFI). Ammonia can be used to safely store and transport hydrogen.

“We have joined the global battle to defeat climate change,” Forrest said. “We are trialling and demonstrating green hydrogen technologies in global-scale commercial environments, while also rapidly evolving into a green hydrogen and electricity producer of similar scale.”

The iron ore magnate said he aimed to create both the demand and the supply of green hydrogen, saying that these were the two “missing links” in the climate change battle.

The steel-making industry, which relies on iron ore, produces about 1.9 tonnes of carbon dioxide (CO2) per tonne of steel produced. According to the International Energy Agency, the iron and steel industry accounts for approximately 6.7 percent of total world CO2 emissions.

He said this has the potential to eliminate fossil fuels from FMG’s supply chains, with FMG noting it was on track to consume 1 billion litres of diesel fuel per year if it didn’t make the change.

Some of the projects FFI will deliver include developing a ship design powered by green ammonia and trialling that design in new ammonia engine technology; testing large battery technology in its haul trucks; and trialling hydrogen fuel cell power for its drill rigs.

It also includes trialling technology on its locomotives to run on green ammonia and conducting trials to use renewable energy in the Pilbara region to convert iron ore to green iron at low temperatures, without coal.

FMG CEO Elizabeth Gaines said, “Each of these projects will contribute to the world’s inexorable march to carbon neutrality.”

“Fortescue will establish that the major steel, truck, train, ship and mobile plant industries can be operated with renewable, environmentally friendly energy,” Gaines said. “This will be possible as a result of these ground-breaking Fortescue trials.”

FMG hopes its trials will prove that the demand for direct green electricity, green hydrogen, and green ammonia could one day be as large as the fossil fuel industry.

Forrest said his green energy initiatives might one day out scale his iron ore business due to the global demand for renewable energy, but he noted that FMG’s commitment to iron ore and resources globally “remains indefeasible.”