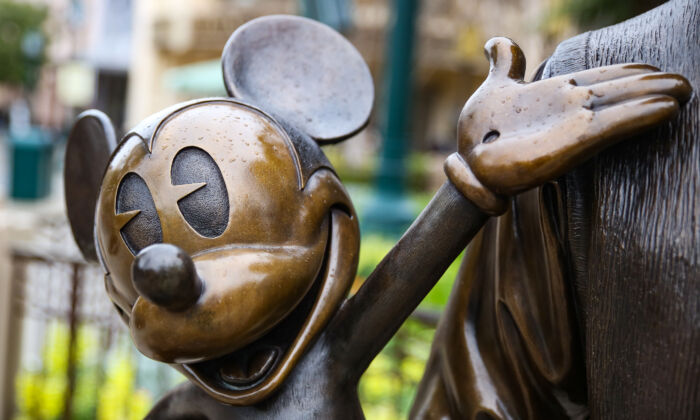 ANAHEIM, Calif.—Anaheim officials Nov. 3 said an Orange County Superior Court judge got it right when he rejected a lawsuit meant to compel Disney to comply with a living wage ordinance approved by voters.

Orange County Superior Court Judge William Claster on Monday issued a ruling granting a dismissal by Disney in a class-action lawsuit claiming the company was not complying with Measure L, which was approved by voters three years ago.

Measure L requires that any hospitality company with 25 or more employees that receives a city subsidy must pay $15 an hour.

The city issued this statement about the ruling:

“While we never want to see a dispute like this play out in court, we appreciate the judge’s determination. It validates what we already knew and have said—the city of Anaheim does not provide any rebate or subsidy to Disney.

“The Mickey & Friends parking structure and related financing were part of a $1.9 billion expansion of The Anaheim Resort from 1997 to 2001.

“The expansion was a public-private partnership reflecting mutual interest in Anaheim’s visitor economy. It has been a great return on investment for our city, residents, and neighborhoods.

“Since the 1990s expansion, Anaheim’s hotel revenue has more than tripled to a pre-pandemic high of $163 million in 2019. That money has gone to public safety, community centers, libraries, parks, and meeting city obligations.

“The pandemic drove home how important a strong visitor economy is for our city. With the year-plus closure of the parks and convention center, hotel revenue fell 85 percent over two years to about $25 million. That presented a real challenge for our city and the residents we serve.”

Claster ruled that while Disney benefited from the agreement with the city it did not technically receive a tax rebate.

Claster said, “Whether the Disney defendants received a ‘public subsidy’ in a general sense is a different question from whether they received or have a right to receive a city subsidy as defined, i.e., a rebate of taxes (in the form of a refund, abatement, exemption, etc.).”

Claster said the plaintiffs showed how the benefits were used to service bond debt, but “they identify no evidence suggesting that the finance agreement causes the Disney defendants to pay less in taxes (whether by post-payment refund, pre-payment exemption, etc.) than they would owe if no finance agreement were in place.”

In other words, the finance agreement with the city helped Disney defray all of its “debt service payments, not taxes,” Claster said.

“Had the Disney defendants raised construction funds privately, they would have had to make both tax payments and debt service payments,” Claster said. “The bond issuance here was structured so that they received a portion of the proceeds of the bond issuance, but only have to make tax payments in return. Their taxes go into the city’s general fund, and money from the general fund ultimately services the debt [after a series of transactions]. This is a significant benefit to the Disney defendants, but, again, there is no evidence that the finance agreement somehow lessens their tax obligation. Therefore, the public benefit conferred on the Disney defendants by the finance agreement does not create a city subsidy.”