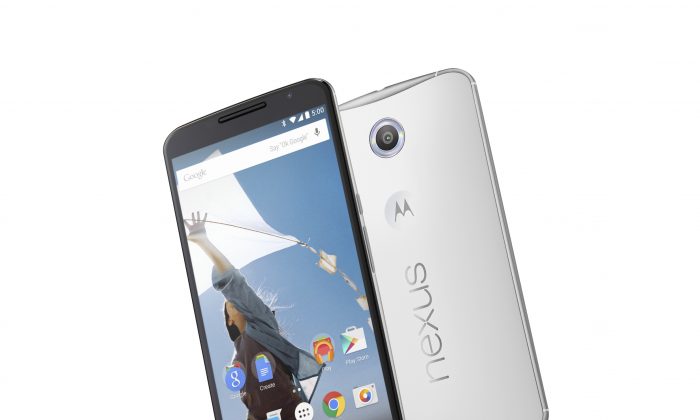 Amid the confusion about when Android 5.1 Lollipop is coming out--or what it’s going to fix--reports on Friday said the Google Nexus 6 with Android 5.1 and VoLTE is coming March 12. It's not clear if the March 12 date means 5.1 Lollipop will come out for the Nexus 4, Nexus 5, Nexus 7, and Nexus 10. (Google/AP Photo)
Tech

Motorola is developing an even better Nexus 6 version, and it will be sold as a Droid-branded device
By Chris Smith

Motorola just launched two high-end Android handsets, including the Droid Turbo and the Nexus 6 — the latter in partnership with Google — but the company isn’t done releasing hot Android devices. Droid Forums has learned that Motorola is developing an even better Nexus 6 version, and it will be sold as a Droid-branded device.

FROM EARLIER: Droid Turbo review: Motorola had to leave Google to become the king of Android

The publication says this unannounced Motorola Droid handset will be largely based on the Nexus 6, sporting the same 5.9-inch QHD display as the Nexus phone. But the phablet will pack better internals, including the next-gen Qualcomm Snapdragon 810 processor and 4GB of RAM “to showcase the 64-bit feature of that CPU.”

The new Droid phablet should be released in mid-2015, by Verizon of course, although it’s not clear whether any other carrier will also have access to a different version of the phone without Droid branding.

The current Nexus 6 does work on Verizon, as Google has made its latest Nexus device compatible with five U.S. carriers, including the nation’s top four players. The Droid Turbo, meanwhile, is a Verizon exclusive in the U.S.