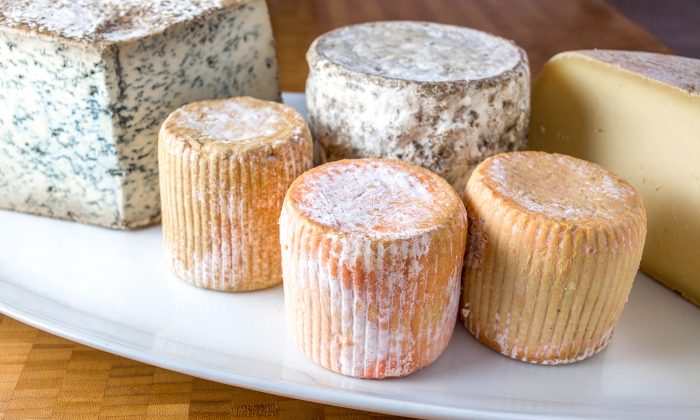 America’s Huge Cheese Surplus—What to Do With 1.19 Billion Pounds of Cheese

The United States is facing a unique food crisis. The land of the free and the home of the brave has an overwhelming abundance of cheese.

America has 1.19 billion pounds of stockpiled cheese—or the equivalent weight of 90,000 African elephants. The surplus is at its highest in 30 years—since 1984, to be precise.

The surplus has mounted due to a confluence of factors.

As Bloomberg reported on April 29, European Union dairy prices in particular are cheap, which has led to a rise in their exports in recent years.

Due to the relative strength of the U.S. dollar versus the Euro, European Union dairy products are cheaper than American dairy products, which has attracted consumers in the Middle East and Asia.

As a result, American dairy sales have dropped.

EU dairy products are so cheap at the moment that the U.S. saw a 17 percent increase in the importation of European cheese from 2014 to 2015.

Because cheese stores better and holds for much longer than milk, producers have been manufacturing cheese in an effort to not let the milk go to waste.

Thus, it is the perfect combination of “a glut of milk, plunging prices, and a weakening euro,” according to Bloomberg.

In honor of America’s whopping abundance of cheese, we have compiled a list of truly cheesy dishes.

Don’t worry about adding a little extra cheese to these meals. The nation has nearly 1.2 billion pounds of cheese to eat through.

Recipe: Mac & Cheese, With a Touch of Thai

With kaffir limes leaves and karee curry paste, this is a scrumptious twist on an American classic.

Try a honeycrisp apple with this zesty snack!

Recipe: These Are The Savory Pies You’ve Been Missing Out On

These Anglo-American classics are loaded with cheesy goodness.