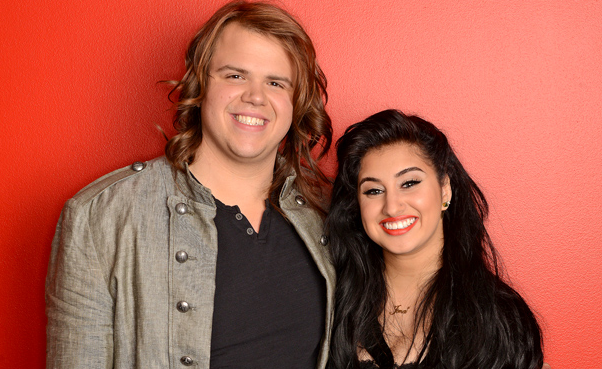 The two finalists–Caleb Johnson and Jena Irene–will compete at the Nokia Theatre in Los Angeles.

Then on Wednesday, the winner will be announced.

“The most anticipated night of the television season is finally here! On the second part of the two-night season finale, the top finalists reunite on the stage one last time before host Ryan Seacrest reveals the newest American Idol,” the network said in the announcement.

Both Johnson and Irene say that they appreciate the other and have become friends.

“To be completely honest, we really don’t care who wins,” Caleb told E! News. “We just want to give the best possible performances and moments both nights and make it a memorable season.”

The hit Fox show has already been renewed for a season 14 as of May 7.

It’s unclear if it will remain on the same nights or switch to different nights/times.