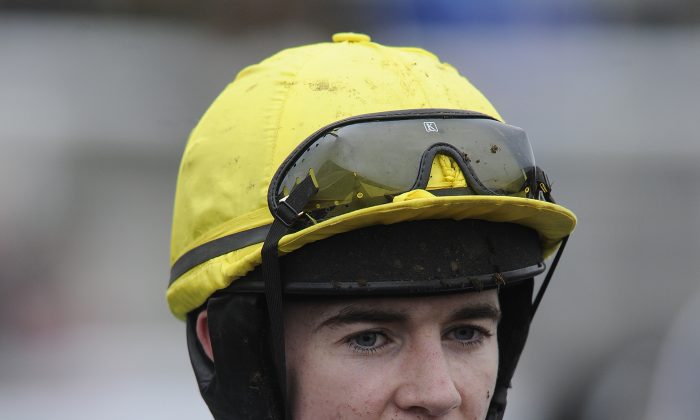 Ambulance Parks on Top of Injured Irish Jockey in Italy

After a serious fall on July 3, a Northern Irish jockey broke his nose, among other injuries.  But when the ambulance was brought to his rescue, it ran on top of him.

Chris Meehan, 22, was riding in a hurdle race in Merano, Italy, when he was unseated.  His fall left him with a broken nose, a black eye, and a gash on his face.

His  right leg had been stretched out in the recovery position when the ambulance arrived on the scene.

“The racecourse ambulance come up alongside us and reversed up onto my leg,” Meehan told the Racing Post newspaper in an interview, adding that he was choking on his own blood at the time.

“They stopped it on top of my leg, so I started screaming. It broke it straight away, everyone around me had to push it off me.”

Ironically, Meehan comes from a long line of ambulance workers.

“What makes it worse is my father, brother, aunty, they’re all ambulance people. My father actually teaches people in Northern Ireland and England how to drive an ambulance. It’s bizarre,” he said.

Due to Sunday’s incident, Meehan, who also sustained a dislocated ankle on his right leg due to the ambulance, and from the fall a gash along his jaw—which required 27 stitches—faces at least two months on the sidelines, according to BBC.