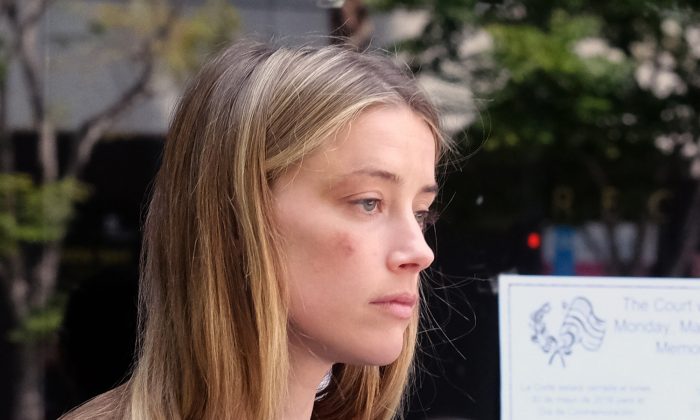 Amber Heard was allegedly abused by Johnny Depp before their 2015 nuptials, according to text messages obtained by Entertainment Tonight.

In an alleged May 2014 text exchange between Heard and Depp’s alleged assistant, Stephen Deuters, shows a pattern of abuse between the Hollywood couple.

“Think he’s just texted you. He’s incredibly apologetic and knows that he has done wrong,” Stephen’s alleged text reads. “He wants to get better now. He’s been very explicit about that this morning. Feel like we’re at a critical juncture.”

Heard’s alleged response includes uncertainty in wanting to remain in a relationship with the “Pirates of the Caribbean” actor.

“Yes but I don’t know how to be around him after what he did to me yesterday. I don’t know if I can stay with him,” she writes.

Deuters then goes on to tell the 30-year-old actress that Depp is “distraught” over her departure.

“He wants to see you so much. He’s distraught,” the text allegedly reads.

Heard texts back, “Obviously he has no idea what he did or the extent that he did it. If someone was truly honest with him about how bad it really was, he’d be appalled.”

She continues, “I’m sad that he doesn’t have a better way to really know the severity of his actions yesterday. Unfortunately for me, I remember in full detail everything that happened.”

According to Deuters, Depp doesn’t remember the transpired events. He allegedly writes, “He was appalled. When I told him he kicked you, he cried. It was disgusting. And he knows it.”

He adds, “He’s a little lost boy. And needs all the help he can get,” Stephen allegedly continues. “He is so very sorry, as he should be.”

Heard has claimed Depp’s domestic violent tendencies has stemmed from his abuse of substance and alcohol.

The “Danish Girl” actress then lists different times when she was abused by the 52-year-old.

“He’s done this many times before. Tokyo, the island, London (remember that?!), and I always stay. Always believe he’s going to get better…And then every 3 or so month [sic], I’m in the exact same position,” she writes.

Johnny Depp—and those close to actor—has denied all claims of abuse brought on by Amber Heard.

Amber Heard was granted a temporary restraining order on May 27 after appearing in court with a bruised eye, alleged inflicted by an iPhone smashed onto her face by Depp. The actress raked in $259,876 in 2015 yet was reportedly left with $51,461 to her name for the year after numerous expenses. She is seeking $50,000 per month in spousal support.