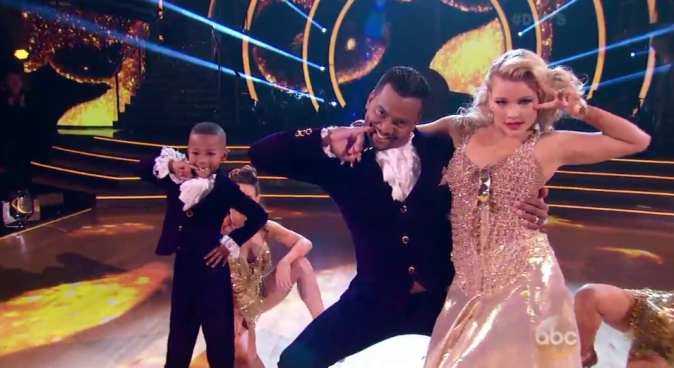 Alfonso Ribeiro as Dr. Evil in Video From Dancing With the Stars Performance With Witney Carson

Alfonso Ribeiro was Dr. Evil on Dancing With the Stars on Monday, complete with his own Mini Me.

Alfonso and partner Witney Carson went second this evening, dancing the quickstop to “Hey Goldmember” by Beyonce, from Austin Powers in Goldmember.

“I’ve always had an affection for a little Austin Powers,” Alfonso revealed in an interview aired before the dance.

The duo continued to impress the judges, with Carrie Ann telling Ribeiro that he was “totally smooth.”

And Julianne Hough said that the duo does “such a great job together.