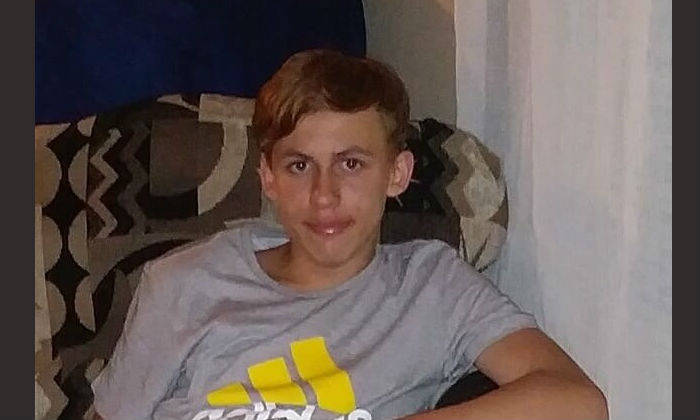 Sam Gean, 14, died a few days after an accident with a fire and gasoline. (GoFundMe)
Crime and Incidents

A teenager who suffered severe burns in an accident near his home died at the hospital on Thursday, Jan. 18, after being taken off life support.

Investigators said that the teen, whose name they did not release, was trying to ignite some type of paper near his home with two others on the evening of Jan. 14, but when the paper did not burn fast enough, he threw a five gallon can of gasoline on the small fire. The gasoline exploded and he was left severely burned.

“Foul play is not suspected in this death,” the Jefferson County Sheriff’s Office said in a statement. “Our hearts and prayers are with the family.”

The teenager, who was later identified as 14-year-old Sam Gean, was in a medically induced coma and suffered third-degree burns to 95 percent of his body, according to a fundraising page set up by his friends.

One of his friends remembered him in a Facebook post as a “very outgoing person” who “always had a smile.”

Messages of grief for Gean were left on his locker at school, as shown in a tribute YouTube video uploaded by his friend, Braden.

His sister wrote a tribute on Facebook, confirming that he passed away on Thursday.

“He knew how loved he IS and how proud we are of him, when he made his departure,” she wrote.

“Don’t be sad for Sam because he is living large and watching over us. You are my heart beat so I’ll always have you. We may have been 11 years apart but you are my lil twin.”

He was a pupil at Corner Middle School, according to reports. Principal Mike Manning said that counselors were at the school on Friday to support students with their grief, WBRC reported.