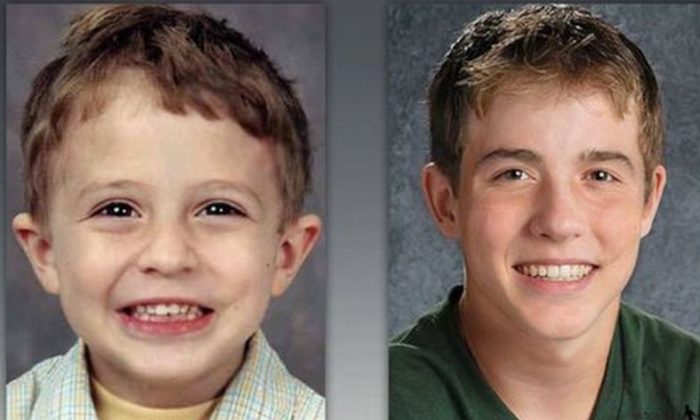 (National Center for Missing and Exploited Children)
US

An Alabama boy, who disappeared in 2002, was found this week in Ohio, according to federal officials.

Julian Hernandez, who is now 18, went missing in August 2002. His mother was the legal guardian for him when he disappeared.

A child who was first reported missing 13 years ago, has finally been found safe and sound https://t.co/QEsx0DyC0C pic.twitter.com/0yy4oUAf28

The FBI said he was found safe and unharmed in Ohio 13 years later, according to ABC News.

“It was just great for me to be able to tell the mother…he is doing well,” Lt. Johnny Evans of the Vestavia Hills Police Department told the broadcaster. Vestavia Hills is a suburb of Birmingham, Alabama.

The mother, who was not named, was apparently stunned upon hearing the officials’ findings.

The Vestavia Hills Police Department was contacted by FBI agents from Cleveland, Ohio, about a missing child from the area. Officials located and positively identified the child as Julian.

“She had not given up, but she hadn’t heard anything in awhile,” added Evans. “It was just kind of a shock to her…all of a sudden on a Monday afternoon to be told, ‘Hey, he’s found.'”

Julian, who “was doing well in school,” “was looking to go to college,” added Evans, and that’s when the investigation came together.

“And when he started the process, that’s when things kind of started coming together,” said Evans.

The case is pretty strange, Evans noted. “I’ve been doing this 25 years and it’s something I’ve never experienced before,” he told WVTM-TV. The investigators “spent tireless hours doing everything they could to try to find him,” he said.

Bobby and Julian Hernandez lived on the west side of Cleveland. A woman with two of her own children also lived at the home, the FBI said.

“I had absolutely no idea this was happening. His son was very quiet, and from what I know, he was a good student.”