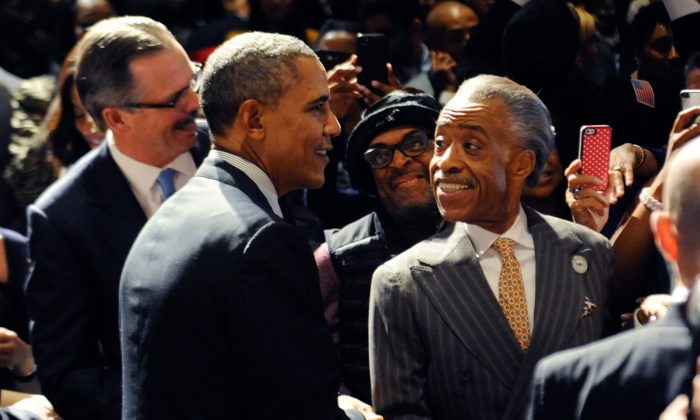 Al Sharpton Versus The Teleprompter Video Gets 300,000+ Views (+Video)

After The Washington Free Beacon posted a video of Rev. Al Sharpton’s quips on Youtube titled “Al Sharpton Versus The Teleprompter,” the video garnered much response on the inter webs. The video, published on May 6, 2014, with the comment, “Rev. Al Sharpton’s command of the English language is an ongoing struggle,” shows how Sharpton mispronounces words and names during his many tapings.

Sharpton is best known for his radio show “Keepin’ It Real,” and also makes regular appearances on Fox News, CNN, and MSNBC. He is a Baptist minister and a civil rights activist in the Washington, D.C. area where the conservative news site “The Washington Free Beacon” is based.

Some of the mispronunciations include: “Latvita,” (instead of Latvia), “Environmental Projection Agency,” “Sequestation,” “They’re all jiddy about a shutdown,” and many more. For the full video, see below.