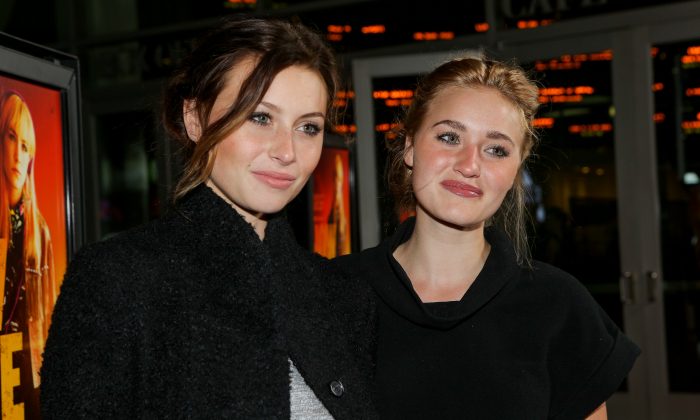 Actors and recording artists Aly Michalka (L) and AJ Michalka arrive at the premiere of Magnolia Pictures' "How I Live Now" at ArcLight Hollywood on November 5, 2013 in Hollywood, California. (Photo by Mike Windle/Getty Images)
Entertainment

AJ Michalka and Aly Michalka, sisters and bandmates, are allegedly two of the latest victims in a massive hack that has targeted dozens of celebrities, nearly all of them women.

The pictures appear to show the sisters in various settings, in many cases partially clothed but in some with their breasts exposed.

The photos, as with many of the pictures in the hack, are unverified.

The sisters have not addressed the pictures, remaining silent on the issue on both their band’s and their individual social media accounts.

The pictures are part of a dump on Friday and Saturday that saw new pictures of some celebrities already previously among the victims–such as Jennifer Lawrence–as well as apparent first-time pictures of multiple new celebrities.

The Michalka sisters were both born in Torrance, California to musician Carrie Begley and contracting company owner Mark Michalka, according to IMDB.

Aly is best known for roles in The Roommate (Tracy Morgan), Bandslam (Charlotte), and Phil of the Future (Keely Teslow). She has had other recurring roles on television shows including Two and a Half Men (Brooke). She’s also cast in the pilot for upcoming CW series iZombie (Peyton).

AJ is best known for her roles in Super 8 (Jen Kaznyk), The Lovely Bones (Clarissa), and Secretariat (Kate Tweedy). She has also had recurring roles on TV shows, including The Goldbergs (Lainey Lewis).