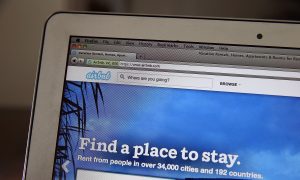 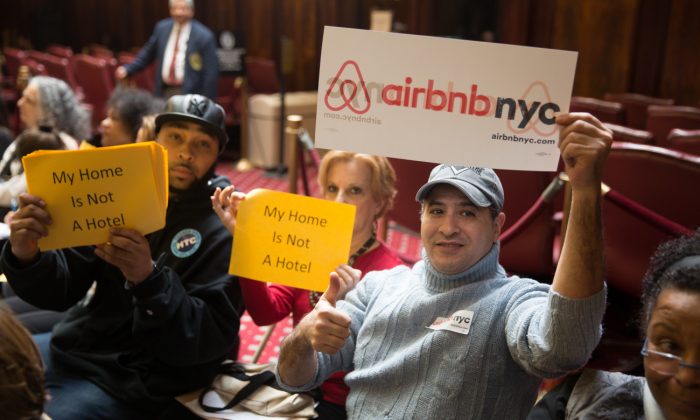 NEW YORK—Airbnb and City Council exchanged blows Tuesday afternoon, during an hourslong hearing. Several councilors accused the online renting and lodging company of not doing enough to ensure compliance with the law and allowing illegal hotels to flourish.

Seventy-two percent of 35,354 short-term rentals on Airbnb violated state and city laws, according to a 2014 report from New York Attorney General Eric Schneiderman’s office. Many of these rentals are illegal hotel operations and they may be exacerbating the affordable housing shortage by taking up units with short-term rentals instead of traditional leases, according to City Hall’s infrastructure committee findings.

Company representative David Hantman denied such claims, saying that those numbers were inaccurate.

Airbnb did not have data on hosts violating their leases because the company did not look into what kind of building a host lives in, out of respect for privacy, according to Hantman.

But the company removed listings that had low quality of stay ratings.

“Your focus may be on the money and not on the impact that the business model is having on the city of New York,” said Williams. “You never once mention following the law. That is amazing to me.”

City Hall and Airbnb had trouble agreeing over exactly which kind of hosts they were discussing—illegal hotel operators or the entire customer base. Due to a lack of data, which Airbnb has refused to reveal without subpoenas, council members were unable to determine to what extent operators overlapped with the customer base.

The company is lobbying against the state law and not the city’s, but Hantman went to the meeting anyway, to give voice to Airbnb’s thousands of hosts, he said. They use the site to pay the bills.

Yossi Rosenberg, who works for a startup, said that his neighbors were fine when he rented out his apartment on the Upper West Side on Airbnb. And although he had a few negative experiences, when a renter did drugs in his apartment or left used condoms, the company reimbursed him.

Hantman argued that rather than a complication, Airbnb was a solution to the affordable housing shortage for people like Rosenberg.

“People need to pay the bills. And they sometimes take a second or third job and they sometimes rent out a spare room or their entire apartment,” he said, outside the hearing to reporters. “It’s easy to attack a company and I went there knowing that it would be a tough hearing.”