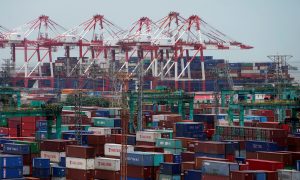 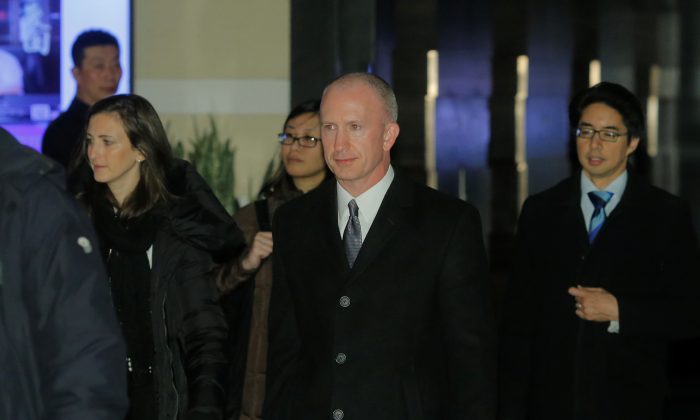 After U.S.–China trade talks ended in Beijing on Jan. 9, the Chinese regime expressed optimism for a breakthrough—and indirectly, willingness to make concessions.

In a brief statement on Jan. 10, China’s Ministry of Commerce said the two sides had reached an “important consensus,” and will continue to have close contact.

“With regard to trade issues and structural problems both sides were concerned about, both carried out extensive, deep, and meticulous exchanges, promoted mutual understanding, and laid the foundation for solving problems that both are interested in,” the statement read.

Washington has called on Beijing to make structural reforms that address state-sponsored intellectual-property theft, discriminatory policies that favor domestic firms over foreign ones, and other unfair trade practices.

Few other details were made public about the amount of progress made during the talks, but Chinese foreign ministry spokesman Lu Kang said that the one-day extension beyond the original schedule was an indication that both sides were serious in making negotiations.

Ding Shuh-Fan, a research fellow at Taiwan’s Institute of International Relations, had a different interpretation of the one-day extension. He believed it meant the two sides had divergent views that needed more discussion to reach a breakthrough.

“I believe China is buying time and waiting to see how things pan out,” Ding said.

Citing unidentified Chinese officials involved in the trade talks, Bloomberg reported Jan. 9 that there were disagreements between the two delegations on structural issues, which they hope will be addressed when more senior negotiators meet for talks.

But on Jan. 10, China’s state-run media provided a hint that the regime could be ready to concede to U.S. demands.

The article reasons that U.S. demands can actually benefit China. Regarding narrowing the trade imbalance, which the Trump administration has pushed China to resolve by importing more U.S. goods, the article reads: “Importing some good things from the United States, this can help satisfy Chinese citizens’ wants for leading a comfortable life.”

As for structural reforms that the U.S. side has requested: “at first, it seems like the U.S. is being overbearing, but thinking carefully, these are actually what the deepening of ‘opening up reforms’ needs”—referring to economic policies pushed by former Party leader Deng Xiaoping in the 1980s that introduced capitalist market forces to China.

In closing, the article called for amicable relations between the two countries. “China’s old saying expresses this best, ‘amiability brings wealth.’ That is said so correctly!”

Given that the two media outlets are the Party’s chief propaganda tools and often release the regime’s official stances on issues, it’s significant that this article appeared on both websites and could be a justification and foreshadowing of potential compromise.

On Jan. 9, stocks rallied in the United States, Asia, and Europe after the reported optimism.

The U.S.–China Business Council, a group representing American companies doing business in China, said Jan. 9 that it welcomed the “substantive discussions” during the talks, but urged the two sides to reach “measurable” results.