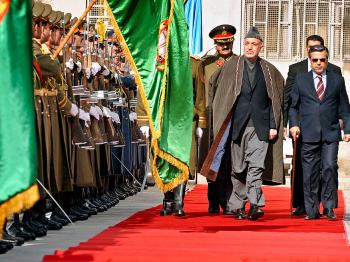 The provision gives him the power to personally select all five members of Afghanistan's election monitoring commission, which used to have in its ranks three foreigners appointed by the United Nations.

Former U.N. deputy envoy to Afghanistan said that the decree is a matter of getting rid of the international monitors, which could enable Karzai to manipulate the upcoming parliamentary election.

Afghan opposition politician Mirwais Yasini, told the Wall Street Journal that the decree is "a huge blow to all the efforts to transform Afghanistan into a democratic country." NATO-led troops entered the second week of the major offensive in the Helmand Province in the south to drive off Taliban from the area and return power to Afghan authorities.