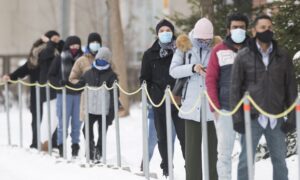 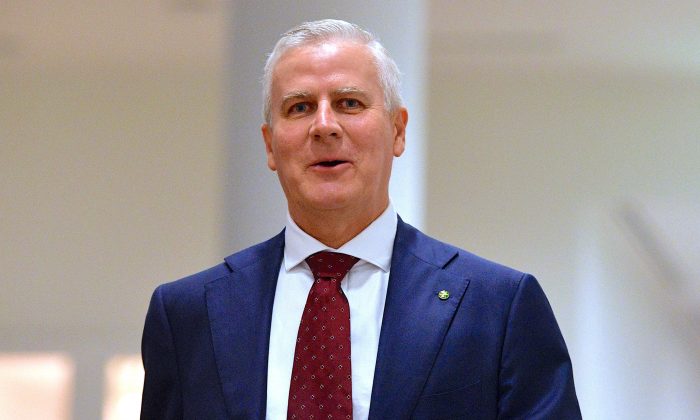 Australia's Minister for Veterans' Affairs Michael McCormack reacts as he walks to a meeting of the country's National Party in Canberra, Australia, Feb. 26, 2018. (AAP/via Reuters)
Australia

Australia’s Acting Prime Minister Michael McCormack has been criticised for comparing the riot at the U.S. Capitol that occurred during protests in Washington DC last week, to the violent and destructive riots that occurred over several months in 2020 by Black Lives Matter, which was founded by Marxist organisers.

“I know this is very difficult for the United States as it goes through great change but … any form of protest, whether its a protest over racial riots or indeed what we’ve seen on Capitol Hill in recent days is condemned and abhorred,” he told ABC News on Tuesday.

He said he understood why the protests happened, saying Australia had gone through two world wars to defend its democratic right to free speech.

“We have protests here in Australia, but we don’t want to see the level of violence, the level of willful destruction to property that we’ve seen elsewhere,” he said.

The criticism of McCormack came after he told ABC radio on Monday that it was not up to social media companies to decide whose voices were heard.

“I don’t believe in that sort of censorship,” the National Party leader said on Monday.

“There’s been a lot of people who have said and done a lot of things on Twitter previously that haven’t received that sort of condemnation or indeed censorship,” he added.

“To call the Black Lives Matter movement ‘race riots’ proves that the acting Prime Minister ignored the incredibly important message that it shared,” he said.

He called on McCormack to withdraw his comments immediately.

“If I’ve affected their precious feelings, well I’m sorry that they are so visibly upset by it, but seriously?” he said. “I’m concentrating on rebuilding the economy and the health outcomes of Australians, not worrying about what is a bit of a circus in America.”

“If Amnesty International can’t cop that, well too bad,” he added.

McCormack said he did not believe censorship should be used by social media companies, arguing facts could sometimes be contentious, and everyone should have the right to say what they believed was true.

This comes as he was also criticised for refusing to censure government MPs, including George Christensen, for social media comments.

“George Christensen is a free spirit,” McCormack told the Nine Network. “While George might sometimes push the boundaries of controversy on social media, he also sticks very much up for communities.”

Christensen likened the calls to censure him to crushing political dissent and said it was “very unhealthy for democracy.”

“People are big enough and ugly enough to hear views, and even hear lies,” he told The Epoch Times, adding that they can work it out for themselves.

Christensen has started an online petition in response to the ban.

“We ask that, as a matter of urgency, you (Communications Minister Paul Fletcher) legislate to ensure Twitter, Facebook, YouTube and other social media platforms can no longer ban, censor, suspend, “fact-check” or shadowban users for posting content which is lawful in Australia,” the petition read.

“Our own leaders need to stamp down on the conspiracy rubbish—not everything on the internet is true,” Shorten told Nine.

Twitter announced on Monday announced it would permanently suspend the account of President Donald Trump. This was followed by Apple and Amazon banning and de-platforming Parler, a popular Twitter alternative for conservatives.

Trump said that Twitter coordinated with the Democrats to silence him and the 75 million Americans who voted for him.