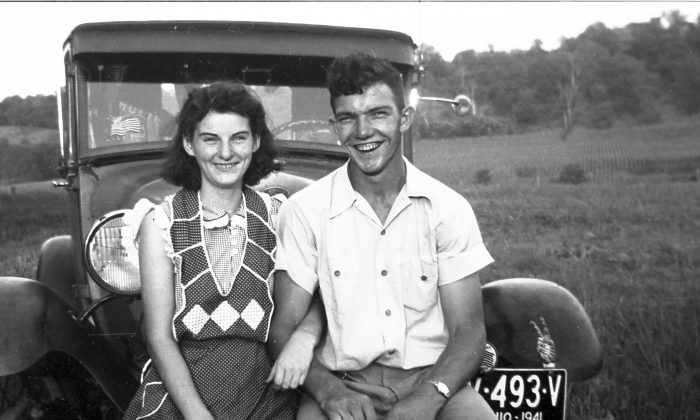 Kenneth and Helen Felumlee pose for a photo in September 1941. (AP Photo/Felumlee family)
Across the Nation

Across the Nation: April 21

“We knew when one went, the other was going to go.”

Linda Cody, talking about her parents Helen and Kenneth Felumlee, of Nashport, Ohio., who died hours apart after having been married for 70 years.

The Center for the Performing Arts that Carmel, Ind., taxpayers bought is not what they expected. The $80 million facility became a $175 million one. A $309,000 projected subsidy became $2 million a year in taxpayer assistance, according to an investigation by The Indianapolis Star.

April 19–27. From wildlife and iconic landscapes to vibrant culture and rich history, our National Park System has something for everyone. Fire Island, Governors Island, Sagamore Hill, Castle Clinton, General Grant Memorial, and Gateway National Recreation Area are all national parks.

His obituary in The Chautaquan said, “Mark Twain’s humor, rich and delicious as it was, was always fundamentally serious. It was the humor of a deep thinker, a gentle but penetrating observer, a philosopher who loved mankind while seeing all its weaknesses.

What’s happening in the resort town of Jackson, Wyo., might be better described as a land creep than a landslide, but the lack of speed has not hindered the sheer power of the earth. Over two weeks, a piece of East Gros Ventre Butte has slowly collapsed.