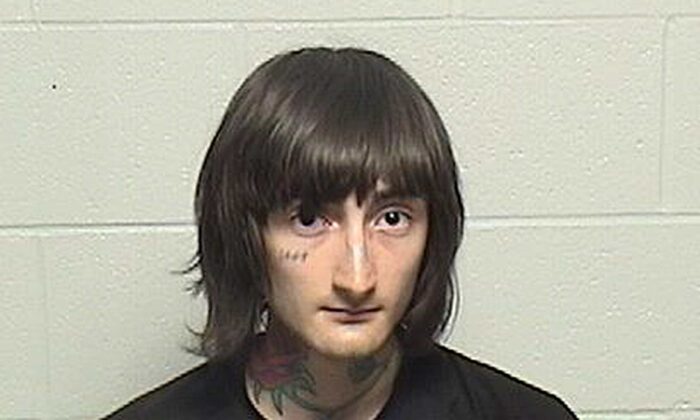 The man accused of carrying out a mass shooting in Illinois on July 4 discussed a shooting the night prior, his father said in a new interview after authorities said they’re opening a criminal investigation into the father.

Robert Crimo Jr., the father, told The New York Post that he and his son, Robert Crimo III, spoke the evening before the Independence Day shooting about the mass shooting in Denmark that had just taken place.

“People like that … [commit mass shootings] to amp up the people that want to ban all guns,” Crimo III also said, according to his father.

Crimo Jr. said he was shocked that his son apparently killed seven people and injured others by firing on a parade in Highland Park, just outside Chicago, speculating that Crimo III had “a psychiatric break or something.”

“I had not an inkling, warning, that this was going to happen,” Crimo Jr. told ABC News. He said his son seemed to be in a “great mood” the night before the attack.

Crimo III, 21, was taken into custody in Lake Forest, Illinois, hours after the shooting. He was charged with seven counts of murder, and he faces life in prison without the possibility of parole. Crimo III, who hasn’t yet entered a plea, was ordered held without bond in a hearing on July 6.

The Lake County Public Defender’s Office, which is representing the accused, referred a request to comment to Lake County, which didn’t respond to a query.

Law enforcement authorities have said little about the accused shooter’s motivation for carrying out the attack. But they said he confessed to the crime, and that an investigation showed he drove to Madison, Wisconsin, after the shooting and contemplated another attack before driving back to Illinois.

Crimo III obtained five firearms legally after turning 18, officials have said. Crimo Jr. passed a background check each time he went to get a weapon, according to the Illinois State Police (ISP).

Crimo III obtained a Firearm Owners Identification Card despite being the subject of a Clear and Present Danger report in 2019. Officers were told that Crimo III “stated that he was going to kill everyone” and had a collection of 16 knives, a dagger, and a samurai sword in his closet.

But officers couldn’t find evidence to substantiate the report and no one, including family members, was willing to provide information “on threats or mental health that would have allowed law enforcement to take additional action,” according to the ISP, which was informed of the interaction with the Crimo family.

The process “is so dependent upon the people that may be closest around the individual of concern,” ISP Director Brendan Kelly said at a July 6 news conference.

Crimo Jr. claimed the knives were his and were being stored in his son’s closet for safekeeping.

Crimo Jr. told ABC that the situation was “taken out of context,” describing his son’s language at the time as “a child’s outburst” and identifying the person who alerted law enforcement as the suspect’s sister.

State law requires parental consent for a person under the age of 21 to obtain a card. Crimo Jr., several months after the law enforcement visit to the family’s home, sponsored his son’s application for the firearm owner’s card. Each sponsor must sign a form saying they understand they “shall be liable for any damages resulting from the minor applicant’s use of firearms or firearm ammunition.”

While Lake County State Attorney Eric Rinehart, a prosecutor, declined on July 6 to say whether relatives of Crimo III could face charges, Kelly indicated hours later that he may be prosecuted, depending on what the investigation uncovers.

Crimo Jr. told ABC he doesn’t regret sponsoring his son, and Steve Greenberg, a lawyer representing Crimo Jr. and Crimo III’s mother, has attempted to shift blame to the police, questioning why the application was approved.

“The ‘system’ is trying to make this about parenting,” Greenberg said on Twitter. It is “up to ISP to decide if the individual is competent to own a gun.”