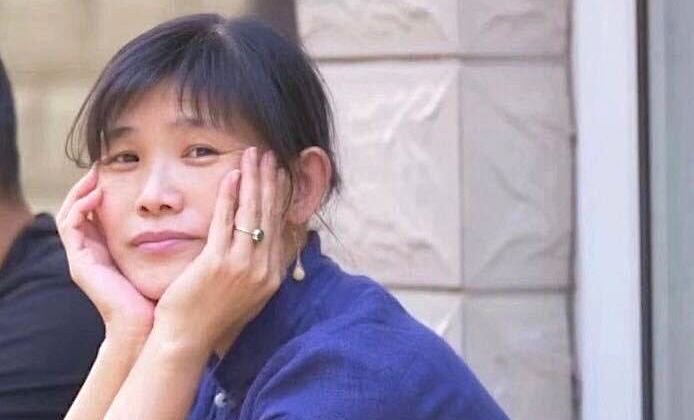 Lawmakers and rights advocates have condemned the sentencing of 11 Chinese citizens imprisoned by Chinese authorities after they supplied materials to The Epoch Times that illustrated the early toll of COVID-19 in China.

The 11, all of whom are adherents of the persecuted spiritual group Falun Gong, took photos to document life during the initial months of the pandemic in Beijing and shared them with the outlet. Eight of the individuals are between the ages of 27 and 31.

They have been detained since July 2020. A Beijing court on Jan. 14 handed down prison terms varying from two to eight years, in addition to hefty fines.

Their sentencing, which took place weeks before the Beijing Olympics, scheduled to open on Feb. 4, underscores what little freedom Chinese citizens and critics have in making their voices heard, U.S. lawmakers and China watchers said.

“This communist dictatorship has an alarming track record for abusive intolerance of anything that doesn’t comport with the government’s directives,” Rep. Ralph Norman (R-S.C.) told The Epoch Times.

Court documents obtained by The Epoch Times place considerable emphasis on the publicity resulting from the photos. Some of the images showed shuttered shopping malls and local shops, the stringent lockdown measures imposed by officials, and also documented police intervention in the reporting of foreign journalists.

“These above-mentioned materials distort the facts and intentionally malign the Party and the government,” the court verdict stated. The photos generated tens of thousands of views online and caused “adverse social impact,” it went on to say.

The Beijing prosecutors claimed the traffic was “sufficient to prove that the defendants had been ‘feeding’ information to The Epoch Times.”

The conviction and imprisonment of the 11—for “freely practicing their religious beliefs and expressing their opinions”—is an “egregious violation of human rights,” said Rep. Chris Smith (R-N.J.).

“In an open, transparent society, freedom of religion and expression is respected rather than criminalized,” he told The Epoch Times.

For Rep. Michael McCaul (R-Texas), the case is  “another important reminder in the run-up to the Olympics of how the CCP [Chinese Communist Party] disparages the freedoms of speech, association, and belief.”

“The CCP’s cruelty and tyranny is a genuine threat, especially for those who want to exercise their freedoms in China,” he told The Epoch Times.

“The unjustifiable imprisonment of these Falun Gong practitioners highlights the grotesque and immoral nature of the Chinese Communist Party,” Perry told The Epoch Times, adding that he hopes the Biden administration will target “any CCP official involved in this sham process to harsh sanctions.”

“The CCP is willing to deny these 11 Chinese citizens—and so many more—their intrinsic human dignity and worth. They are willing to subject anyone who tells a different story from the approved state narrative to false imprisonment, torture, and even death.”

When the virus first emerged in China, the regime began an aggressive campaign to suppress information about the severity of the outbreak.

Police summoned doctors and arrested citizen journalists who tried to share firsthand information about COVID-19, while a vast army of trolls was hired to eliminate critical views online. A primary school teacher lost his teaching license for questioning the official death toll on Chinese media.

Hundreds of police were mobilized in the arrest of the 11 practitioners, according to Minghui, a U.S.-based website that has tracked the persecution since its onset in 1999.

The authorities likely began monitoring the people after seeing the pandemic photos on the website of the Chinese-language edition of The Epoch Times and identifying them in surveillance camera footage, the Minghui report said.

“These media sources should never have been detained in the first place, even less sentenced to heavy prison,” Cédric Alviani, who oversees the East Asia bureau of press freedom group Reporters Without Borders, told The Epoch Times. He called for their immediate release, along with “all journalists and press freedom defenders detained in China.”

The harsh sentences on those “whose only crime appears to have been to provide photographs to a newspaper” call for strong condemnation, said Steven Butler, the Asia program coordinator for Committee to Protect Journalists, a New York-based advocacy group.

Both groups have ranked communist China as the world’s worst jailer of journalists in their December reports.

Coming just weeks before the Olympics, it’s a reminder of “the difficult environment facing journalists who work in China and of China’s abysmal record on press freedom and human rights more broadly,” Butler told The Epoch Times.

Xu has been a witness to two consecutive repressions from Beijing. She was a participant at the 1989 student-led Tiananmen Square protest that called for greater democratic freedoms. After officials declared the protests a riot and launched a bloody military suppression—a taboo topic in China even today—she gave up her plans of becoming a journalist, saying she wouldn’t want to help spread the regime’s propaganda.

Since 1999, Xu has spent a total of more than eight years in prison for her belief in Falun Gong. Her husband, folk singer and musician Yu Zhou, also was a victim of the persecution.

Falun Gong, also known as Falun Dafa, is a traditional Chinese self-improvement discipline that consists of five meditative exercises along with moral teachings centered on the principles of truthfulness, compassion, and tolerance. In 1999, then-CCP leader Jiang Zemin ordered the eradication of the practice, after the number of practitioners surpassed the membership of the Party. Falun Gong adherents face arbitrary detention, torture, forced labor, “reeducation,” and even the forced harvesting of their organs to fuel the regime’s state-run organ transplantation industry.

In early 2008, months before the Beijing Summer Olympics, Xu and Yu were arrested during an “Olympic check” after police found a Falun Gong book in their car. Yu died in detention 11 days later.

“Every injustice in the world, however removed it might seem, is closely linked to you,” Xu wrote in an op-ed published last year in the Chinese-language edition of The Epoch Times. “Because at every moment, it is questioning your conscience.”

The timing of Xu’s sentencing is “especially heartbreaking” given that she had already lost her husband to the persecution, said Sarah Cook, senior China analyst for Freedom House.

“That his widow would now be sentenced to eight years in prison for simply sharing information about the state of the pandemic in Beijing with an overseas news outlet is beyond tragic,” she told The Epoch Times.

“Her heavy sentencing along with others highlights how fearful the Chinese government is over unofficial information about COVID-19 reaching international audiences. It’s also a sad reminder of the harsh treatment of Beijing residents, including those who practice Falun Gong, within a short distance from the Olympic venues.”

The article has been updated with a response from Rep. Chris Smith (R-N.J.).