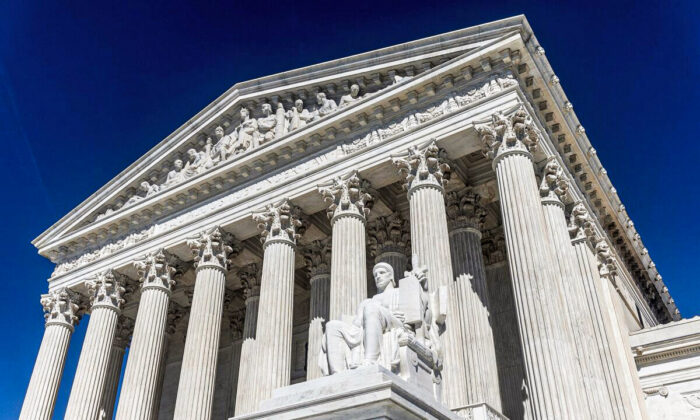 As abortion rights activists across the country plot their next moves, Howard Stern is doing some plotting of his own. So outraged by the decision to overturn Roe v. Wade, the American radio and television personality recently declared his intention to run for president.

On June 27, Stern criticized the Supreme Court’s decision to strike down Roe v. Wade. “I’m actually going to probably have to run for president now,” the host of the “Howard Stern Show” told his fans. No, he wasn’t joking.

Not so fast, Mr. Stern. As the American Bar Association (ABA) previously noted, over the past two centuries, hundreds of various proposals “have been introduced in Congress to reform or eliminate the Electoral College—without any becoming law.”

Because the Electoral College is “constitutionally mandated.” Abolishing it would require nothing less than a constitutional amendment.

On closer inspection, Stern’s outrage is part of a much broader, two-pronged narrative sweeping across the country. Let’s start with the first prong: constitutional rights.

Several major publications have argued, rather erroneously, that the decision to overturn Roe v. Wade robs women of their constitutional right to an abortion. However, as Justice Samuel Alito noted, “The Constitution makes no reference to abortion, and no such right is implicitly protected by any constitutional provision, including the one on which the defenders of Roe and Casey now chiefly rely—the Due Process Clause of the Fourteenth Amendment.”

Moreover, the United States has a serious abortion problem. More specifically, the number of abortions that have been carried out, up until very recently, is simply staggering.

According to a United Nations report, the United States has one of the highest rates of abortion in the world. Whatever your thoughts on the decision to overturn Roe, corrective action was certainly warranted—even if Stern thinks otherwise.

The second prong of the narrative involves American women becoming second-class citizens. This is simply not true. In the United States, from a legal perspective, men and women are very much equal. Of course, it wasn’t always this way.

Before the rise of feminism in the early 1900s, divorce was something more open to men than women. Fast forward 120 years, and women now initiate 70 percent to 80 percent of divorces in the country. For college-educated women, that number jumps to 90 percent.

There was also a time, not that long ago, when women were forbidden from entering the workforce. Today, however, women’s labor force participation has never been higher. By 2025, 50 percent of the U.S. workforce could be female. A little over a century ago, a woman in the United States did not have the right to vote. Of course, that all changed in 1920 when the 19th Amendment to the Constitution was ratified. Today, women vote in greater numbers than men.

For what it really means to be a second-class citizen, look to countries like Afghanistan, Pakistan, Saudi Arabia, or even Nepal, the country where my fiancée hails from. In Nepal, women under the age of 40—yes, 40—need approval from the government to leave the country.

But the United States is not Pakistan; it’s not Afghanistan, nor Nepal, and it’s certainly not Saudi Arabia, some will argue. Yes, I agree. It’s not. And be grateful that it’s not. We need some perspective here, folks. The United States is far from perfect. But no country is perfect. Perfection is an illusion, a cruel mistress.

This brings us back to Howard Stern. Will he actually run for office? Who knows.

The more important question to ask is this: Would left-leaning voters actually vote for him? Perhaps. However, it’s important to remember the following—although Mr. Stern is now an unapologetically left-leaning commentator, he wasn’t always this way. He was once America’s shock jock. This man has a history of making incredibly racist and sexist “jokes.” This is a man who has made the most shocking comments imaginable. If #MeToo were around in the 1990s, Stern would have been canceled.

Now, of course, everyone deserves a second chance, and Stern is entitled to his own opinions. Nevertheless, he would do well to remember the following: if he does run for office, his previous comments will be excavated, evaluated by the politically correct police, and used against him—probably by the people he would be petitioning to.