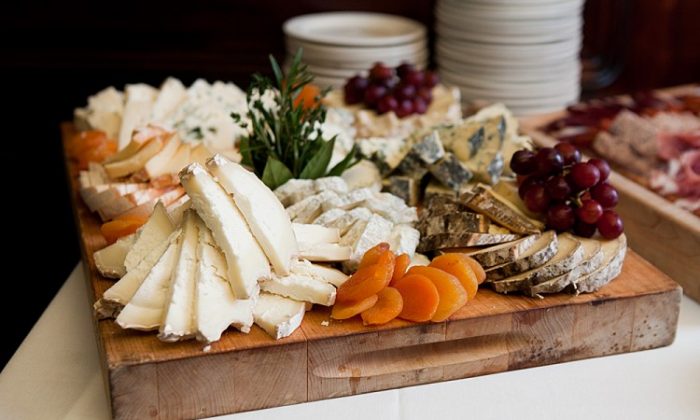 Antoine Camin (M), chef at Orsay, with two employees at the French restaurant on the Upper East Side. (Amal Chen/The Epoch Times)
US

NEW YORK—New Yorkers can savor a taste of the finest French cuisine during French Restaurant Week, which offers fine cultural fare for a lower price than usual.

Escargot, French onion soup, and authentic steak frites (French fries) are among the offerings chefs from some of the participating restaurants said people should come and try.

A complete meal will cost $20 to $30, and restaurants will feature special menu items. The event runs Sept. 17–30.

Pascal Petiteau, chef and owner of Bistro Vendôme at 405 E. 58th St., raved about escargot while showing pictures on his phone of a recent journey back to France. He said snails were becoming a bother at his relative’s house, so the enterprising Petiteau scooped up a bunch and prepared a delectable dish.

Petiteau sources some core ingredients, including olive oil, cheese, and the snails, from France and other European countries.

He also recommends the duck; he roasts the breast, and cooks the legs in the duck’s own fat. The duck is then pan-seared, for an extra crispy outside and a tender inside, and served with a bean cassoulet.

“It’s the perfect opportunity to try great restaurants,” said Severine Picquet, president of marketing firm MPB Agency, which joined with the French Ministry of Agriculture in putting on the event. Picquet said eating French food and experiencing the gastronomy is an excellent way to enjoy the culture.

Freshly baked French baguettes, an assortment of top-notch cheeses and meats—including cheese gougères and smoked salmon canapé—and a selection of wine was part of the food and drink served at Orsay, one of the participating restaurants, on Sept. 12. Chefs, writers, and others interested in French food gathered together, enjoying the food and atmosphere, and learning about the event.

Steak tartare is a must try at Orsay, according to chef Antoine Camin, along with frog legs, baguettes, and escargots. His menu has a variety of classical French food. He has been cooking French cuisine for almost 30 years, and is considered a true master of authentic classic French cooking. Camin will depart from his usual French fare to participate in “Fire Up the Wok,” a Chinese culinary competition for celebrities held in Times Square, Sept. 27.

Portions of the earnings during French Restaurant Week will go to international nonprofit Action Against Hunger, a co-sponsor of the event. The organization provides nutritional supplements to youth who suffer from malnutrition across the world, and works to spread awareness about hunger.

They have made progress against malnutrition, according to Matthew Aubry, director of external relations, and have driven down the risk of death for children over time through formulas with micronutrients, which are easier to digest for malnourished people.

Learn more about the event at www.frenchrestaurantweek.com.