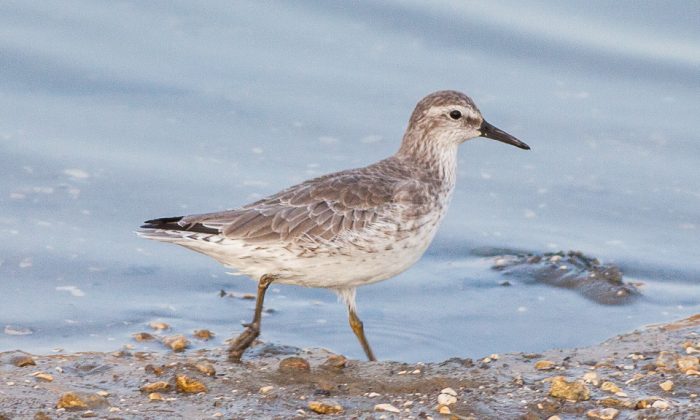 A Traveler in Trouble Gets the Protections It Needs: The Threatened Red Knot

After more than a decade of battling in the courts, Defenders of Wildlife and other environmental groups succeeded in getting the protections an imperiled shorebird called the red knot so desperately need. In December, the U.S. Fish and Wildlife Service (FWS) announced its decision to formally list the red knot as threatened under the Endangered Species Act (ESA). This means FWS found that the red knot was likely to become endangered throughout all or most of its natural range and new protections will be put into place to help protect the red knot from further decline. This includes creating a recovery plan for the species, protecting important red knot habitat and making sure that federally-permitted activities don’t harm red knots, among other measures. And that’s some very good news for this far-flying little bird.

Red knots boast one of the longest migratory routes of any bird species, from its breeding territory in the Arctic Circle all the way to the southernmost tip of South America. That’s a nearly 20,000 mile round trip each year. But to make the journey, red knots need fuel, and feasting on horseshoe crab eggs is essential to their survival and breeding success.

Every year, an amazing natural phenomenon takes place in New Jersey’s Delaware Bay. Horseshoe crabs, like little prehistoric tanks, swarm the shoreline in the thousands and release millions of tiny eggs in a spawning frenzy. The yearly ritual has been happening for eons, and horseshoe crabs have hardly changed since their origin 450 million years ago.

This amazing natural event doesn’t just ensure the next generation of horseshoe crabs: it’s a massive feast for thousands of shorebirds that descend on Delaware Bay (and other horseshoe crab breeding areas on the coasts of Delaware and Maryland) to eat the protein-rich eggs. In fact, most horseshoe crab eggs end up as food for gulls, sandpipers, plovers and one very special bird: the red knot.

Unfortunately, humans are making migration harder for the red knot. Overharvesting of horseshoe crabs for use as fish bait means fewer eggs for red knots to eat, and as a result, more birds are dying en route to their nesting grounds or arriving too depleted to breed and raise chicks successfully. Population studies during the last ten years show that the species is declining at an alarming rate: a 2011 count of the main wintering population in South America found that it had been reduced by nearly a third.

While protections provided by the Endangered Species Act are important, the true key to ensuring the future of the red knot is putting a stop to horseshoe crab overfishing. Further, the Atlantic States Marine Fish Commission needs to update its management of horseshoe crabs to keep their population healthy and sustainable for people and shorebirds alike.

As we enter 2015, it’s encouraging that FWS is taking the plight of the red knot seriously and dedicating time and resources to its recovery. The red knot has a long path to recovery, but with our help, it will keep making its amazing journey each year for generations to come.

This article was written by Haley McKey, a Communications Associate at Defenders of Wildlife. This article is republished with permission, original article here.