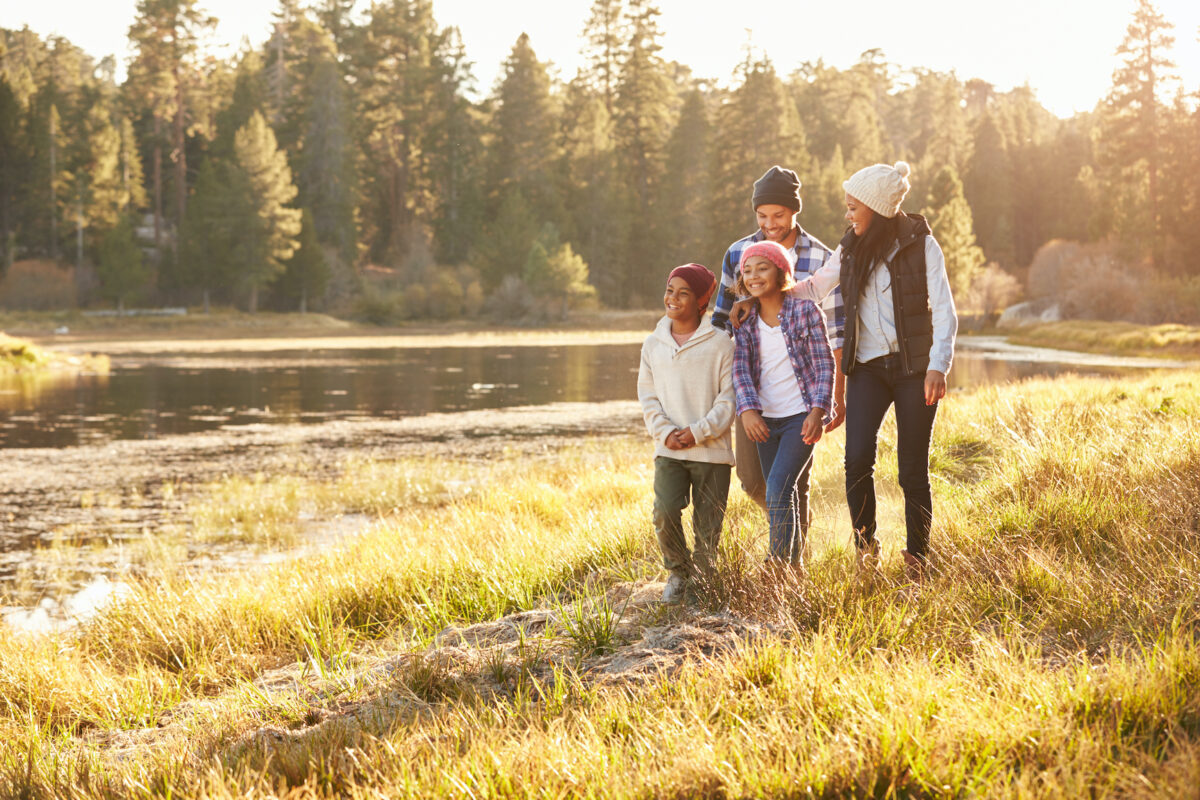 Exercise shouldn't be drudgery. It should be a fun hike, a bike ride with friends, or a night playing badminton. (Monkey Business Images/Shutterstock)
Fitness

A Recipe for Lifelong Exercise

Stay active by having fun and mixing it up when needed
BY Lynn Jaffee TIMEFebruary 5, 2022 PRINT

I learned about the value of being physically active from my dad. He grew up in the Canal Zone of Panama, which used to be an unincorporated territory of the United States. He was a member of the local swim team and apparently he had some talent in the water. He went on to be a collegiate swimmer, and during World War II, he commanded an Underwater Demolition Team (predecessor to the Navy SEALs) in the Pacific.

Growing up, Dad made sure that we kids learned how to swim at an early age and we all participated on our local swim team. Sadly, I didn’t have my father’s talent for swimming; I could swim well enough, but was hopelessly slow. Still, I have his efficient style in the pool, his value of exercise, and something more. Dad set an example of how to be physically active throughout my entire life.

Whenever I feel like I’ve been slipping in the exercise department, I revert back to what I call “Dad’s Philosophy of Physical Activity.” It’s how he maintained his health, his cognition, and how he continued to be active throughout his entire life. Here’s the gist of it:

Do something most days. Every day is best, but things come up, so being active most days is a pretty good plan.

Anything active counts. Growing up, we had a pool, so in the summer Dad would get up early, go to the pool, hang up the towels we kids left lying around, put the pool chairs in order, and then hop into the pool for a quick 20 laps. In the fall and spring, he would walk, hike, and do yard maintenance. Winter exercise was shoveling or blowing snow (we had a very long driveway) and skiing on the weekends. There were always lots of choices and they were all a part of being active. The point is that you don’t have to go to the gym, run, or take a class to be active; sometimes it can just be built into your day.

Moderation is a good thing in the long run. While Dad accomplished some extreme physical feats during college and in the Navy, it wasn’t the key to his lifelong activity—moderation was. As an adult, he wasn’t competitive and didn’t do extreme events. Rather, exercise fit into his lifestyle and wasn’t over the top. Translation: You don’t have to conquer the world. No need to run a marathon or win a gold medal, all you have to do is go out and participate at your pace and ability for however long feels right.

Keep it fun. When a sport or exercise stops being fun, it turns into drudgery and you’re unlikely to keep participating. If this is happening, find a way to mix it up or build other activity into your life. As kids, Dad instigated weekend hikes, impromptu soccer games, and weekend ski trips. We were having so much fun, no one noticed that we were fit and exhausted at the end of the day.

You’re never too old to try something new. When was the last time you tried a new sport or activity? This past year I can claim two; paddle boarding and pickleball. When Dad was in his 70s, he took up golf and bicycling. Adding a new activity to your repertoire not only gives you more options, it boosts your confidence and sense of efficacy.

Be prepared to adapt. If you age or get injured, some activities become harder to do. Fortunately, there are viable workarounds in most cases. If you’re racking up running injuries, switch to walking or hiking. If your aging back makes walking painful, try gentle yoga, swimming, or water aerobics. When my dad couldn’t walk anymore due to a bad hip and lower back, he turned to bicycling. When he became older and frail, he got a three-wheeled bike. To him, the ability to stay active was far more important than the perceived indignity of riding a three-wheeler.

Dad’s been gone for 20 years, but he was active on most days until the end of his life at 87. Two weeks prior to his death, he was riding his bike, armed with a supply of treats for the neighborhood dogs. Slow and steady moderation was his plan, with a little fun added for good measure.