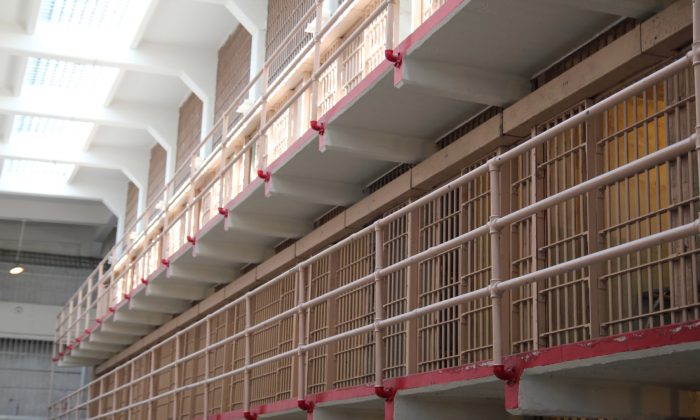 David Cameron’s prison reform speech came one day shy of the 18th anniversary of my release from prison. I can still remember the buzz of excitement I felt walking through the gates for what would be the last time. The very same gates I entered 15 years before to begin my first prison sentence after being sentenced for robbery.

The cliche: “I’m never coming back again” was met with the usual: “If I had a pound for every time I’ve been told that I would be a rich man” from prison officers who had heard it all before. But I knew, this time was different. Because unlike the many times I was sent before the courts in the past, I now felt I had too much to lose. During my 30 months of incarceration for grievous bodily harm, I used every day to develop my learning—which I didn’t do much of at school. And for the first time in my life I had an education.

Education played a massive part in my life both in and after prison, which is why I was pleased to hear it will be one of the key improvements in the prime minister’s prison reform agenda. Plans were also announced to give former prisoners a better chance of getting job interviews by allowing them to apply for positions without declaring “unspent” convictions straight away. From experience, this is often the first stumbling block whenever you are asked to tick the criminal declaration box on job application forms. So a simple change like this could make a massive difference to prisoners in the future.

Although for me, education was a way out, there is still a massive reluctance among many in the prison population to engage with education. The difficulty in getting prisoners to study is that for many stepping back into a classroom is the last thing they want to do. They have had bad school experiences sometimes including truancy and exclusion.

I remember having these feelings myself for many years and for the same reasons. It wasn’t until I read autobiographies during my incarceration by two infamous criminals: one of whom turned into a writer and academic, John McVicar and another who became a writer and renowned sculptor, Jimmy Boyle, that I then felt it was acceptable to become a student.

Prisoners tend to lack basic literacy and numeracy skills, but these should not be considered the measure of their overall intelligence, as there are many very talented prisoners with undiscovered artistic and creative skills. During a recent visit to HMP Durham, I was humbled by the level of talent and skills I saw in the workshops—and it made me sad to think it could all go to waste if someone doesn’t give them a chance.

Despite this lack of basic skills among prisoners, education is in great demand. Once they get back in the classroom and realize it’s not as scary as they remember, that’s where the real magic can start to happen. This can be seen with the interest in educational programs such as “Inside-Out” and “Learning Together” where university students study alongside prisoners. These programs have shown the true determination and eagerness from prisoners wanting to learn, which should send out a clear message that prisoners want to change their lives through education.

But even when prisoners want to improve themselves, recent studies have highlighted poor accommodation and discriminatory policies and procedures by colleges and employers as some of the biggest barriers ex-prisoners face in finding work. While this research specifically looked at those who have just got out of prison, some of these barriers can apply to anyone trying to find employment or continue education with criminal records—it isn’t just those who have been inside who find it hard to get a job.

I am now in the final year of my Ph.D. on former prisoners in higher education, and as part of my study I have encountered a lot of deeply worrying stories about difficulties in entering education after incarceration. It is clear most ex-prisoners sadly experience the continual barriers I faced after being released from prison all those years ago. The statistics speak for themselves: 46 percent of all prisoners will re-offend within a year of release while 60 percent of short-sentenced prisoners will re-offend in the same period. It is estimated that this costs the taxpayer 13 billion pounds ($18.5 billion) a year.

With the continually growing prison population a cause for major concern, perhaps there needs to be less emphasis on criminal backgrounds and more on the person’s eagerness to work? I have seen the numbers inside rise for myself. My first spell in prison was between 1983 and 1985. On my release the then worrying overcrowded prison population in England and Wales was at 48,165. When I was released again in 1998 from my last sentence, the number of prisoners in U.K. prisons stood at 66,520. Today, it stands at 85,636.

But if more of these prisoners could experience the transformative power of education, as I have, maybe we could see less re-offending, and a reduction in prison numbers. I welcome the prime minister’s message that prisoners should be treated as “assets” rather than “liabilities.” This is a clear step in the right direction to enable ex-prisoners to feel more integrated and accepted by society.

David Honeywell is a Ph.D. candidate at the University of York in the U.K. This article was originally published on The Conversation.