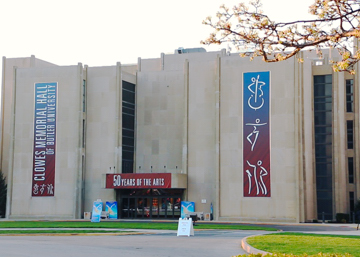 A Lot of Positive Things to Take Away from Shen Yun

Fireworks importer and president of NCI Inc., Richard Shields came with his wife, Mguyen, and daughter, Mikah, to see Shen Yun in its last performance of its Midwest tour this season.

Shen Yun endeavors to revitalize traditional Chinese culture through a total performing arts experience. With classical Chinese dance at it’s core, it fully utilizes interactive HD backdrops, spectacular handmade costumes, and a full orchestra showcasing Eastern instruments along with traditional Western ones, delivering a program like no other, the website states.

Mr. Shields commented, “The first part of the show was very interesting. It starts with a little bit of the Chinese history and they show how the dance interacts with the history.”

His daughter Mikah stated, “The dresses are pretty. All the stuff they wear is prettier.”

“What impresses… most people in the U.S. about China is the long history—5,000 years of civilization, and dance and theater,” he explained.

Mr. Shields, who has been to China pointed out that “most people don’t know that you couldn’t do something that simple [thing] in mainland China even now. Most people think it’s become very Western” and that something as simple as meditation “wouldn’t be a problem, but you can see from this story that it still is.”

“I think they also want to get the message out as part of that … not everything in the old society is accepted by the current political society of China…. So maybe someday, who knows, maybe the Chinese government will rethink that type of policy; it’s their history.”

Since the communist regime took control in 1949, they launched a campaign to eradicate ancient traditions and customs. As a result, many spiritual practices have been persecuted. Several segments of the program illustrate elements of this repression.

“That makes me so sad. It makes my tears come out,” Mikah Shields commented when she recalled this part of the performance.

Mr. Shields said, “I think all dance is supposed to bring somebody to a place, or a memory or a thought and so all of these dances will provoke somebody’s thoughts and their emotions. I think here, there is a lot of good [coming] out of Chinese dance.”

“I think there are a lot of positive things that you can take out of it,” he said to sum it up.

With reporting by Wan Ying and Andrew Darin