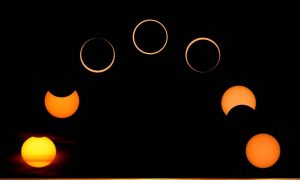 What Is a Solar Eclipse?
0
Share Now
TelegramFacebookTweetEmailTellMeWeReddit
Copy Link 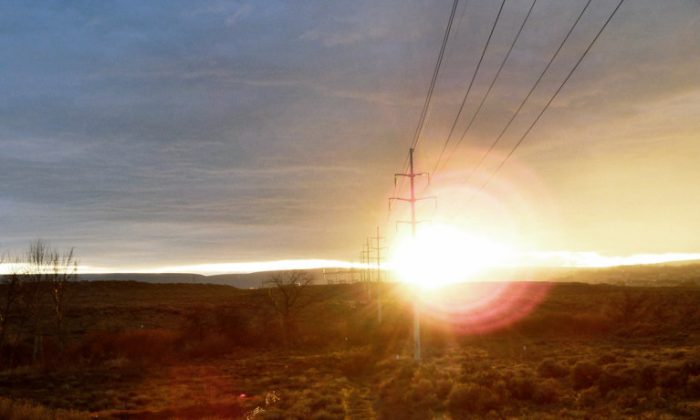 M-class flares can cause minor radiation storms that might endanger astronauts and cause brief radio blackouts at Earth’s poles. X-class flares are the most powerful. (Craig, CC BY)
Science

Solar flares come from the twisted magnetic fields that occur all over the sun’s surface, and they increase in frequency every 11 years. That cycle is now at its maximum.

Capable of releasing the energy equivalent of many atomic bombs, solar flares can cut out satellite communications and damage power grids 93 million miles away on Earth.

Using artificial intelligence techniques, Stanford University solar physicists Monica Bobra and Sebastien Couvidat have automated the analysis of the largest ever set of solar observations to forecast solar flares using data from the Solar Dynamics Observatory (SDO), which takes more data than any other satellite in NASA history.

Now an instrument on a satellite-based system, the Helioseismic Magnetic Imager (HMI) aboard SDO, collects vector magnetic fields and other observations of the entire sun almost continuously.

Bobra and Couvidat recognize the difficulty of forming predictions when using pure theory and they had heard of the popularity of the online class on machine learning taught by Andrew Ng, professor of computer science.

“Machine learning is a sophisticated way to analyze a ton of data and classify it into different groups,” Bobra says.

Machine learning software ascribes information to a set of established categories. The software looks for patterns and tries to see which information is relevant for predicting a particular category.

Machine learning is a sophisticated way to analyze a ton of data and classify it into different groups.
— Monica Bobra, Stanford University

For example, one could use machine-learning software to predict whether or not people are fast swimmers. First, the software looks at features of swimmers—for example, their heights, weights, dietary habits, sleeping habits, their dogs’ names, and their dates of birth.

And then, through a guess and check strategy, the software would try to identify which information is useful in predicting whether or not a swimmer is particularly speedy. It could look at a swimmer’s height and guess whether that particular height lies within the height range of speedy swimmers, yes or no. If it guessed correctly, it would “learn” that the height might be a good predictor of speed.

The software might find that a swimmer’s sleeping habits are good predictors of speed, whereas the name of the swimmer’s dog is not.

The predictions would not be very accurate after analysis of just the first few swimmers. The more information provided, the better machine learning gets at predicting.

Similarly, the researchers wanted to know how successfully machine learning would predict the strength of solar flares from information about sunspots.

“We had never worked with the machine learning algorithm before, but after we took the course we thought it would be a good idea to apply it to solar flare forecasting,” Couvidat says.

He and Bobra applied the algorithms and characterized the features of the two strongest classes of solar flares, M and X. Though others have used machine learning algorithms to predict solar flares, nobody has done it with such a large set of data and or with vector magnetic field observations.

M-class flares can cause minor radiation storms that might endanger astronauts and cause brief radio blackouts at Earth’s poles. X-class flares are the most powerful.

The researchers catalogued flaring and non-flaring regions from a database of more than 2,000 active regions and then characterized those regions by 25 features such as energy, current, and field gradient.

Although others have used different methods to come up with similar results, machine learning provides a significant improvement because automated analysis is faster and could provide earlier warnings of solar flares.

However, this study only used information from the solar surface. That would be like trying to predict Earth’s weather from only surface measurements like temperature, without considering the wind and cloud cover. The next step in solar flare prediction would be to incorporate data from the sun’s atmosphere, Bobra says.

“It’s exciting because we not only have a ton of data, but the images are just so beautiful,” she says. “And it’s truly universal. Creatures from a different galaxy could be learning these same principles.”

Bobra and Couvidat worked under the direction of physicist Phil Scherrer of the WW Hansen Experimental Physics Laboratory at Stanford. The study appears in the Astrophysical Journal.

This article was originally published at Futurity.org