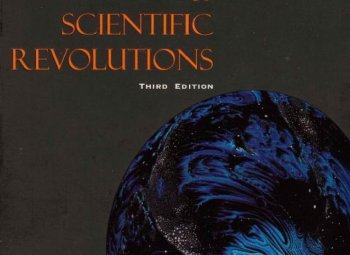 The most widely read work on the philosophy of science, was and still is very influential while being widely misunderstood.

In his famed book, The Structure of Scientific Revolutions (Structure for short), Kuhn introduced some controversial aspects of science while confusing some of his points, which led to decades of misunderstanding and criticism. Furthermore, Kuhn’s descriptions of what scientists normally do as dogmatic and rigid were not well received by many who celebrated the achievements of science.

He spent much of his later life trying to clarify his views about science while continuing to refine his philosophy beyond Structure. Some of the most lucid clarifications of what he thought about science were revealed in candid discussions not long before his death from cancer in 1996.

Three decades after the publication of Structure, John Horgan, former senior writer at Scientific American, met Kuhn at his office at the Massachusetts Institute of Technology.

Kuhn explained that the word “paradigm” had become hopelessly overused and was out of control, and it infected the intellectual community, where it came to signify any dominant idea, according to Horgan in his book The End of Science.

In that discussion between Kuhn and Horgan, and elsewhere, Kuhn said that he was partly responsible for the confusion for not using the term clearly and consistently in his original book, Structure. After the publication of the book, Kuhn’s attempts to clarify what he essentially meant by “paradigm” were largely unsuccessful.

Kuhn explained on various occasions that he basically intended for “paradigm” to mean what he called an “exemplar,” a concrete set of examples of problem solving that serves as a model.

A “paradigm” is what you use in the absence of a theory, and it plays a critical role in the development of a scientific theory, according to Kuhn. “You don’t have a structure unless you include in it at least a few examples,” said Kuhn in a 1995 discussion in Athens, Greece, published in The Road Since Structure in 2000, several years after Kuhn’s death.

Many of the early responses to Structure came from social scientists, for which Kuhn was unprepared. Kuhn initially wrote Structure mainly for philosophers, many of whom proved to be highly critical of him, even unfairly in Kuhn’s view.