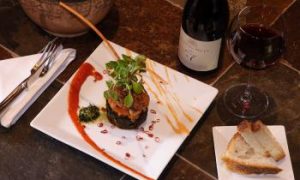 The New Lola Is Now in Full Swing
0 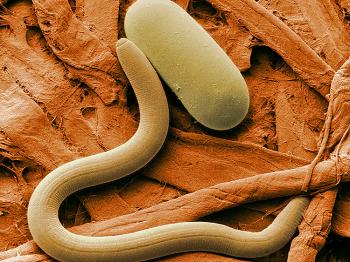 ROUNDWORM: Photo of a Soybean cyst nematode and its egg, magnified 1,000X. A yellow dye used in staining misfolded proteins associated to Alzheimer's disease can boost the lifespan of roundworms by 78 percent. (Agricultural Research Service)
Science

By Arshdeep Kaur
Print
The dye Basic Yellow 1, also known as Thioflavin T (ThT), is commonly used in staining amyloid beta protein clumps found in the brains of people with Alzheimer’s disease. It binds to the neurotoxic protein clumps and slows down their further aggregations and disruptive structural changes. This helps the cell in keeping the proper structure and balance of proteins.

Scientists at the Buck Institute for Research on Aging, the Dominican University of California, and the Karolinska Institute in Sweden treated roundworms with the dye and found that it has anti-aging effects.

While too much ThT may be harmful to the worms, when fed with a suitable amount, the worms had their lifespan extended by up to 78 percent. Those bred to have Alzheimer’s symptoms had their disease process slowed.

“We have been looking for compounds that slow aging for more than ten years and ThT is the best we have seen so far,” Gordon Lithgow of the Buck Institute for Research on Aging said in a press release.

“ThT allows us to manipulate the aging process, it has the potential to be active in multiple disease states, and it enhances the animal’s innate ability to deal with changes in its proteins,” said Lithgow.

The study, published online March 30 in the journal Nature, opens up a new path in increasing the lifespan of patients with chronic degenerative diseases.

Follow-up research on ThT is being carried out in mice bred in labs to have Alzheimer’s disease.