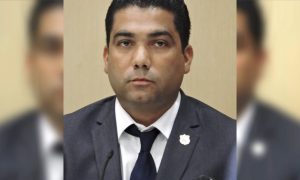 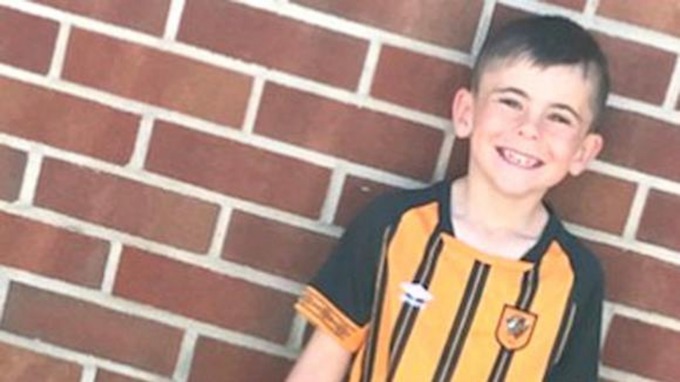 Stanley Metcalf died last July after being shot by his great-grandfather with a modified .22 caliber air rifle. (Humberside Police)
UK

A British man who shot dead his 6-year-old great-grandson with an air rifle has been sentenced to three years behind bars.

Albert Grannon, 78, was sentenced at Sheffield Crown Court on July 2, the BBC reported, after pleading guilty to manslaughter.

Grannon was accused of pulling the trigger of a modified .22 caliber air rifle in July of last year, striking Stanley Metcalf in the abdomen.

Moments after the pellet lodged itself in his body, the boy reportedly told the 78-year-old Grannon, “You shot me granddad.”

The child was rushed to the hospital, where he died from his wounds.

A post-mortem cited by The Independent found the boy died as a result of a “single penetrating injury to his abdomen,” which damaged his bowel and a major artery, resulting in a massive loss of blood.

Grannon also admitted to possessing an air rifle without a firearms certificate, the BBC reported, and said he kept the gun loaded in a cupboard for quick deployment when shooting vermin.

‘Never Once Has He Said Sorry’

ITV News reporter Ben Chapman was in court at Grannon’s sentencing and shared parts of the proceedings on Twitter.

Grandpa Wants to Wire $2,300 to Grandson but Walmart Cashier Steps In & Saves Him From a Scam

The deceased boy’s mother, Jennifer Dees, read out a victim impact statement, with Chapman citing her as saying her son was a “lovely little boy with a wicked sense of humor who always made us laugh.”

Dees also criticized the great-grandfather’s “stupidity and lack of forethought,” adding that Grannon has never apologized for his role in the child’s death.

“Never once has he said sorry to us,” Dees said, according to Chapman.

“Never once has he said sorry to us,” the mother of 6 year old Stanley Metcalf tells a court, at the sentencing of his great grandfather for shooting him with an air rifle last year. Albert Grannon pleaded guilty to manslaughter. @itvnews pic.twitter.com/sY7PdvRNuR

“I hope he can live with himself and the pain he has caused,” the boy’s mother said, according to the BBC.

“We struggle to live, talk, eat, and even breathe. It is so very hard to understand we are never going to see him again,” she said, according to the Yorkshire Evening Post. “Nothing will ever make this better and my heart is totally broken.”

‘Obviously a Very Dangerous Thing to Do’

The great-grandfather shot the youngster at close range at a family gathering at the pensioner’s house, prosecutor John Elvidge QC told the court, the BBC reported.

Grannon initially claimed the pellet ricocheted off the floor when he checked to see if it was loaded, The Independent reported. Defending attorney Paul Genny told the court that Grannon has admitted that he pointed the gun directly at his great-grandson before squeezing the trigger. Genny said his client pulled the trigger to see if the gun was loaded with no intention of shooting the boy.

Expert analysis cited by The Independent indicated the shot had been fired directly into the boy’s stomach.

The deceased boy’s father, Andrew, was cited by ITV News as that he had lost his “best friend and shadow.” He addressed Grannon directly in court, saying: “Why didn’t you check that gun, why did you point it at Stanley. Why did you take my little boy away?”

The judge told Grannon, “You ended a young life and you brought lifelong grief and misery to his parents and to the whole of his family.”

“What you did was obviously a very dangerous thing to do,” the judge said, according to ITV. “Why on earth did you do it?”

Grannon reportedly showed no emotion as the sentence was passed.

ITV News posted the story on its Facebook page, where it garnered emotional reactions.

“My heart missed a beat when I read about this tragic accident,” one commenter wrote.

“I feel for the whole family even the granddad as he wouldn’t of wanted to hurt the kid. He will have to live with it for the rest of his life now,” wrote another.

“And didn’t show any remorse,” one commenter wrote.

“I do not understand the lack of remorse here,” another person commented. “It sounds like it was a freak accident. Air rifles are just not that powerful unless you are at point blank range. It reads like an accident, but the man’s actions after the fact seem sinister at best. Even if he did it in some fit of anger, apologize at the least. They rushed him to the hospital, so it is clear that the intent was not to harm the child. Just strange all around.”

The Telegraph reported that the boy’s mother said that immediately after the incident, she felt sorry for her grandfather. In court, she told the judge, “I don’t feel sorry for him now.”

Grannon’s attorney insists his client “blames himself totally” for his great-grandson’s tragic death.