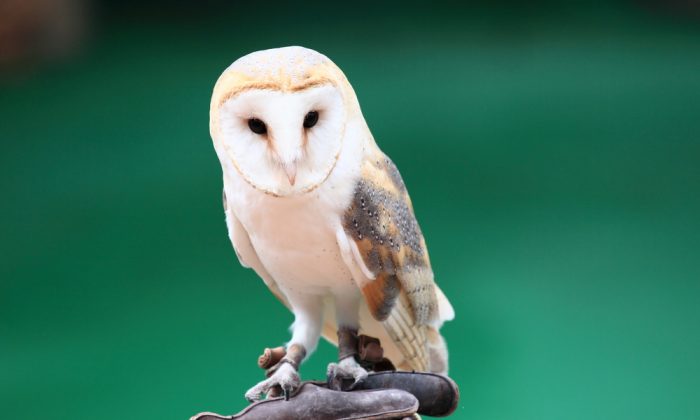 Doctors and police have raised concerns about the number of pedestrians being hit by vehicles while distracted by their mobile devices.

Trauma director at St Vincent’s Hospital Sydney, Dr Tony Grabs, has told 7.30 distracted pedestrians near roads are as at risk as someone under the influence of alcohol. … (Read more)

Japan: Sipping coffee in the company of owls

A new cafe here is a real hoot: Patrons get to mingle with owls.

Yano, who is from Fujisawa, also in Kanagawa Prefecture, started breeding birds of prey four years ago because of a special interest in hawks after quitting his job as a taxi driver. … (Read more)

After 27 days trekking across Greenland’s vast ice sheet, members of the Seven Continents Exploration Club (KE7B) have completed their journey and returned home.

When they arrived at Kuala Lumpur International Airport in Malaysia, friends and family members were waiting to welcome them back.

Team leader Yanizam Mohamad Supiah described the extreme cold, which plummeted to as low as -35C at times, as being among the toughest challenges they had to face. … (Read more)

Changes in food consumption patterns and preference for organic products are forcing the egg industry to modify its production techniques.

The demand for “specialty eggs” from hens that are free range or fed with organic products and a tendency to consume only egg whites in order to avoid cholesterol is revolutionizing the industry, forcing producers to develop new forms of production. … (Read more)

When gazing at an endless mass of fellow stationary motorists, your destination within sight but still potentially an hour away, or when standing, cramped and sweaty, in an aging bus as traffic fumes pour in through the cracked open window, it is easy to get wrapped up in the immediacy of the problem and to focus simply on tomorrow, the next journey, the next turn to take to escape the stand-still. But urban transport and traffic management is a long-term, macro-level science, and taking this broader perspective is essential to gain a new level of understanding about the problem. … (Read more)

Slovakia: New Slovak president ready to give his salary to the poor

Businessman and philanthropist Andrej Kiska, who won the March presidential elections in Slovakia, repeated in an interview with the SITA news agency that he wants to divide his salary among families in distress. Kiska will be sworn in June 15.

“At the very beginning, I will face a number of problems: the judiciary, constitutional judges, unfinished election of the Supreme Court chairman,” … (Read more)

Poppy the cat, who was officially recognised as the world’s oldest after making it to the age of 24, has died.

The tortoiseshell was born in February 1990 and was officially recognised by Guinness World Records in May.

Poppy, who has lived through five British prime ministers lived with her owners … (Read more)