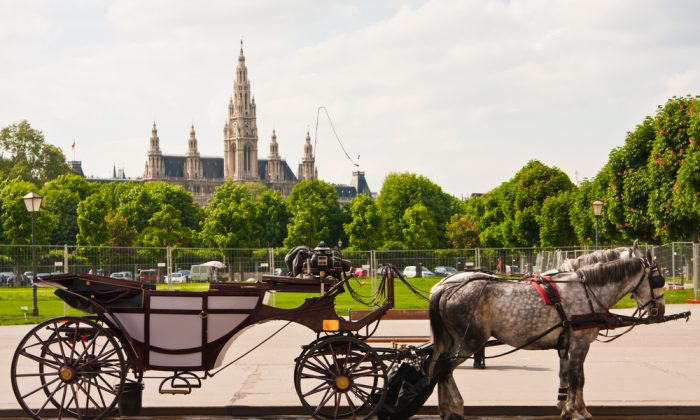 Austria: Fiaker and their horses

The heat rises in waves from the street as temperatures soar to 38 degrees Celcius in Vienna. Several horses and carriages stand in this sweltering heat in front of the Albertina.

But, along the Fürichgasse where large trees pour their shade out over the park onto the street giving a reprieve from direct sun to both horse carriages and drivers, Fiaker drivers pass out water buckets, smoke cigarettes and wait their turn to move forward in the line and into the heat. … (Read more)

Korea’s income gap between men and women is the biggest among member countries of the Organization for Economic Cooperation and Development.

In 2010, Korean men who worked full time received a median wage that was 39 percent higher than their female counterparts, almost the same as the 40 percent extra they made 10 years ago…. (Read more)

A heroic stray dog has saved her puppies from a drainage canal after rescue teams asked for her help in the southwestern Turkish province of Muğla on June 7.

Erhan Erol, a resident, called firefighters as he noticed eight puppies that were stuck in a drainage canal at the Kumbahçe beach near the touristic town of Bodrum. The puppies were about to be drowned as the canal was slowly filling with seawater. … (Read more)

The ‘Need for C’ team of programmers from Poland have been crowned the inaugural World Computer Coding Champions, beating teams from Brazil, Russia, Slovakia and Finland at the finals in Helsinki. … (Read more)
The News

A NEW device which cuts the time taken to detect bacteria in food down to a matter of hours has been developed by scientists who said it would help reduce the number of food poisoning cases…. (Read more)
The Australian

Germany: Can A Tattoo Get You Fired?

After a prospective police candidate was banned for a tattoo, Germany debates workplace appearance rules as the number of young employees with tattoos is exploding. … (Read more)

Sweden: Swedes please let us speak Swedish with you

Dear Swedes, Why do you always speak to us Swedish learners in English?
I know you’re very, very good at English, and I know my Swedish is far from perfect. But surely if I could only practise my Swedish a little then you wouldn’t need to be doing me any more language favours. … (Read more)
The Local
*Image of horses in front of  Townhall  in Vienna via Shutterstock
Share this article
FacebookFlipboardTweetRedditEmail
Show Discussion
RECOMMENDED
TOP VIDEOS
TOP NEWS