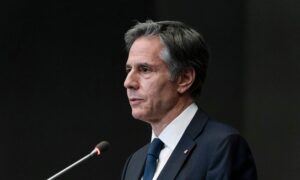 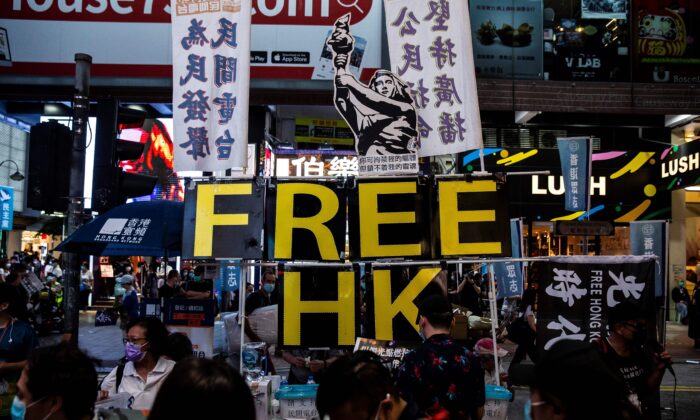 Six former British foreign secretaries have written to Prime Minister Boris Johnson urging him to place Hong Kong on the agenda at the G7 summit, which the UK is hosting next week.

In an open letter published on Friday, Lord Hague, Lord Owen, Sir Malcolm Rifkind, Margaret Beckett, David Miliband, and Jack Straw said: “As the human rights situation in Hong Kong continues to deteriorate, we hope you will personally recognise the pronounced need for international leadership from the UK government on this matter.”

The former ministers who served in both Conservative and Labour governments said they wanted to raise their concern about the ongoing crackdown on the pro-democracy movement in Hong Kong and to urge the prime minister to ensure that the crisis in Hong Kong is on the agenda at the G7.

“In the last few months, Beijing has arrested 47 pro-democracy activists and lawmakers under the National Security Law for the ‘crime’ of holding democratic primaries, introduced changes to Hong Kong’s electoral system to prevent pro-democracy parties from standing, and passed an Immigration Bill which will allow for the introduction of ‘exit bans,’” they wrote.

The former ministers welcomed the UK government’s actions in response to Beijing’s imposition of the National Security Law, which include suspending the UK’s extradition treaty with Hong Kong, extending arms controls, and the creation of a generous visa scheme that will allow Hong Kong residents with British National Overseas (BNO) status to settle in the UK.

But they said the UK should play a more prominent role in leading the international response.

“With nearly every prominent pro-democracy voice in Hong Kong in jail, awaiting trial, or overseas in exile, it is clear that there is an increased need for a robust and coordinated response,” the letter said.

“As a co-signatory of the Sino-British Joint Declaration, the UK must be seen to be leading and coordinating the international response to this crisis and ensuring the integrity of the treaty lodged at the United Nations in 1985 and ‘One Country, Two Systems.’

“We therefore urge you to use the UK’s chairmanship of the upcoming G7 at the end of the month to ensure that the international response to the crisis in Hong Kong is on the agenda and efforts are made to forge consensus on a response to China’s ongoing breach of the Sino-British Joint Declaration.”

The former ministers said they were making the letter publicly available due to “the severity of the crisis in Hong Kong and the huge public interest in this issue.”

The Epoch Times has contacted the UK’s Foreign, Commonwealth, and Development Office (FCDO) for comment.