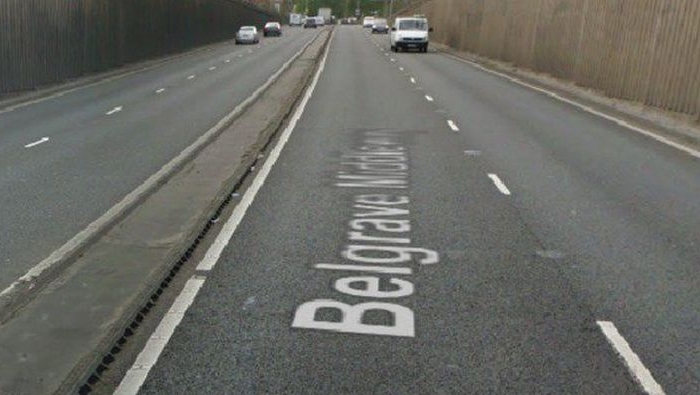 6 Dead in Serious Car Crash in Birmingham; Cause Unclear

Six people died and more were injured in a major car crash in Birmingham, England, on Sunday, the BBC reported.

West Midlands Police described the scene as “very difficult and upsetting,” and they’re investigating how the crash happened.

In all, a taxi driver, his two passengers, and three men traveling in another car were killed in the crash, the Shropshire Star reported. A seventh person is critically injured.

Three men died after they were thrown out of the car while the driver of the black cab and his two passengers died after the vehicle tilted on its side, West Midlands Ambulance Service said.

One witness said the Birmingham crash is 'the most horrible thing I have ever seen'https://t.co/sqLdxtJ5TN pic.twitter.com/2X2lhGCEn8

A man and a woman in the first car were able to escape with only minor injuries, the ambulance service said. Their vehicle, however, suffered “extensive damage,” it said.

Three other cars collided as they tried to avoid the scene, officials said.

“The second vehicle, a black cab, was on its side,” the service said, the BBC reported. “Sadly, there was nothing that could be done to save the driver and he was confirmed dead at the scene.”

“Tragically, three of them were confirmed dead at the scene,” it added.

We are continuing to investigate a serious collision this morning involving three cars on Belgrave and Lee Bank Middleway in Birmingham. Six people have sadly been confirmed dead. Please avoid the area.

All first responders at the scene are doing their very best in very difficult and upsetting circumstances. This is a very serious incident. If you saw the crash happen or the circumstances leading up to it, please call us now on 101.

Police spokesman Sean Phillips said in a press conference that they are still assessing the cause of the crash.

“It is way too early to speculate on the causes of the accident. It will take some time to unpick the scene and understand exactly what’s happened. What I can say is that we’re looking at all sorts of conditions including road conditions—we’re aware the road was gritted at 5pm last night—but that’s just one factor of many we’re considering,” Phillips said according to The Guardian.

“There are a whole host of questions that I’m sure we all want answered—particularly, most importantly, the families of those involved. We need to go through the procedures with a dedicated team of specialist officers and as soon as we have that information it will be released as soon as possible to those involved.”