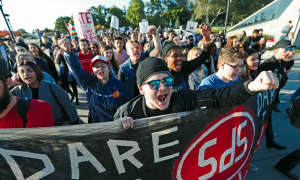 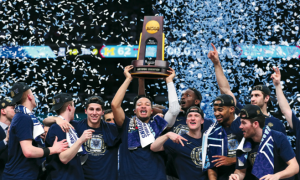 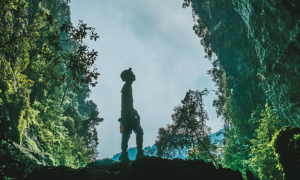 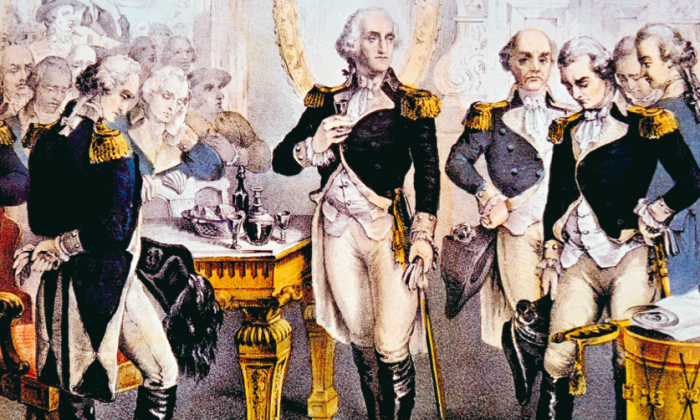 The honesty and selflessness of George Washington, the profound compassion of Abraham Lincoln, and the tall tales of Paul Bunyan and Pecos Bill all are part of what we share. (EVERETT HISTORICAL/SHUTTERSTOCK)
The Case for an Education Based on Virtues

As a recording artist and live performer, I’ve spent nearly three decades sharing stories from classic literature and history with children and adults around the world. I first began telling stories as a father, then took it up professionally. The same reason applied in both cases: I knew the importance of sharing these particular stories with others, and with our children.

First, billions of people around the world already know these stories—and refer to them constantly. If your child doesn’t know the stories, he or she is out of the loop. If a journalist reporting a news story mentions “a Trojan horse” or “a Herculean task,” or says “This is a question that will need the wisdom of Solomon to decide,” anyone not familiar with those references cannot fully understand. Your child needs to know at least the basics, or else he or she will fall behind.

Second, and approaching that same point from a slightly different angle, these stories represent one of the increasingly rare areas of cultural cohesion in our society.

We have all heard of Greek mythology, but we have our own American mythology, too—and I don’t mean that our shared stories are all fictional. The honesty and selflessness of George Washington, the profound compassion of Abraham Lincoln, and the tall tales of Paul Bunyan and Pecos Bill all are part of what we share.

These stories give us a common foundation of positive examples at a time in our history when the forces of division and disagreement appear very powerful.

It is through our stories that we pass along to the next generation what we believe is most important in our society. Different nations, and different cultures, share many of these central beliefs with us—but not all.

The lone gunman who rides into town and saves the day when the powerful cattle baron is trying to drive out the small ranchers and farmers, is an American figure, personifying our emphasis on individual skills. In some cultures, he wouldn’t appear in a story that way. Our stories help us see what is unique about our culture.

At the same time, other stories we share have broad universal elements that help us say, “Why, those people over there are not so different from us at all! Maybe they are enough like us that we can get along.”

I have told stories from many lands in order to show such common elements. Some years back, for example, I was invited to England to perform for that specific reason. A number of Eastern Europeans had moved to an English city to fill a variety of jobs, but the English “home folks” and these workers did not mesh well because of cultural differences. The English organizers asked me to perform stories from Eastern Europe and from England, all in English, to demonstrate what the groups had in common and open up conversations. It worked!

Here’s a true, ancient example: In ancient Greece, the two most powerful cities, Athens and Sparta, fought a war that lasted about 27 years, with a few truces. When at last, after terrible losses on both sides, Sparta won, the victors planned to burn Athens to the ground—which might have been the end of democracy in the world, since Athens was the birthplace of democracy.

But the night before the planned destruction, the Spartans asked some Athenian actors to perform one of the famous Greek plays of the Athenian playwright Euripides. So moved were the Spartans that they decided, “We cannot destroy a city that gives the world such words telling our shared stories.” They spared Athens from the torch. Stories hold power!

A third reason to share classic literature and historical stories is that, like all the best stories, they hold within them ethical lessons and examples of how we should behave in our own lives.

One reason the United States prospered from the start is that our Founding Fathers were all great students of history. They referred to the successes and failures of earlier leaders when making their own decisions. Washington, Adams, Jefferson, Madison, and the rest acknowledged drawing on this wealth of wisdom from stories they had learned.

Of course, you needn’t be a president or senator to unlock this element of stories. If you want to double the impact of the stories you share with your own family, try asking, “Do you think she did the right thing?” or “What else do you think he might have done? Why?” Then prepare for a great, and often surprising, conversation. Suddenly the stories work on a new level, one which provides examples for our own choices and actions.

There is no more powerful or lasting way to teach a moral lesson than through a story that exemplifies that lesson, either positively or negatively. And because we learn the lesson both intellectually and emotionally, we are much more likely to retain it.

I’ll note one more reason here to share these stories. Over the years, I have recorded and performed stories of authors, composers, architects, painters, sculptors, political leaders, scientists, leaders of social causes, and others with different professions and pursuits. I have letters from listeners saying: “I grew up on your recordings. Because of that recording about Galileo (or Michelangelo, or George Gershwin, or Charles Steinmetz), I became so inspired that now I am a (scientist/artist/musician/inventor), just like that person in the story.”

I make sure to share stories of gifted women as well as men in my repertoire, and am aware that boys, perhaps even more than girls, need to hear these stories if we are to have a society in which all of our gifted citizens have the chance to contribute, regardless of gender.

You just never know which story will open a lifetime of passionate involvement to your child. That passion is just as important as the factual data in the story. As the great ancient historian Plutarch put it, “The mind is not a vessel to be filled; it is a flame to be kindled.” I’ll just add that the person doing the telling shares in this gift, too.

These are some of the reasons that the great stories from history and classic literature are so important. Whether you tell them in your own words, read them aloud from the printed page, or offer them in book or electronic form for a child to read to him- or herself, these stories are a treasure that can add immeasurably to your child’s knowledge, wisdom, and joy.

Jim Weiss’s story recordings have received more than 100 major awards and are staples in households and educational venues around the world. For more information, visit JimWeiss.com